Gold Hits Seven Year High Due to Global Fears: Is a New Bull Market Upon Us? 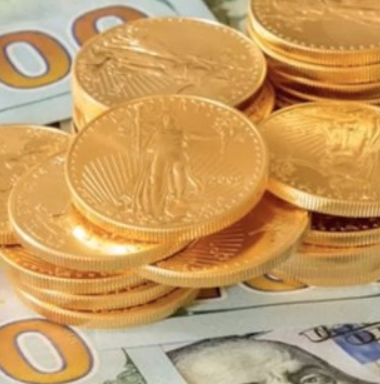 Sparked by a tidal wave of uncertainty surrounding the continued spread of the coronavirus, safe haven assets such as gold and silver bullion continue to move higher, with the king of metals reaching a seven-year high throughout Thursday’s trading session.

This was the third straight day of gains for gold bullion, as it reached as high as $1623 an ounce at one point before dropping down slightly lower.

This puts gold bullion up roughly 7% since the start of 2020, a staggering gain in such a short period. If you invested in the yellow metal just one short year ago, you would find yourself with huge gains, up 21.3% in just twelve months.

These impressive gains are due to the incredible uncertainty that the global economy now faces and what many believe will be the reaction of central bankers around the world if the worst fears come to fruition.

It is widely expected that central banks, including the Federal Reserve, will continue to cut interest rates throughout 2020 as the true economic impact of the coronavirus begins to be felt within the global supply chain.

Large sectors of China have become a virtual ghost town. Quarantine restrictions continue to bring the country to a standstill, including its vital manufacturing sector, which many businesses in the West are almost entirely dependent upon.

Today’s renewal of fears surrounding the coronavirus come as Chinese authorities report another spike in new cases and deaths.

Additionally, many have become outraged over the handling of the Diamond Princess cruise ship, which continues to remain under quarantine in Japan and just today had its first two fatalities due to the coronavirus.

Japanese health authorities state that they are doing the best they can given the circumstances and despite the fact that infection rates continue to increase among those remaining aboard the Diamond Princess.

Already the Chinese government has enacted numerous stimulus measures, intervening and propping up domestic markets that would likely be in a complete and utter free fall if not for their aid. However, this seemingly has not been enough, as the crisis continues to drag on, prompting further stimulus.

“The country’s central bank, the People’s Bank of China, cut the one-year loan prime rate from 4.15% to 4.05%, and the five-year rate from 4.80% to 4.75%. The PBOC publishes the rates every month. Thursday’s move was the first cut since October last year.”

This reduction in rates was widely expected by the markets and did not come as a shock at all, with many even believing that it was too little given the threat that the Chinese economy currently faces.

However, this is likely far from the last cut we will see. I believe it is only the beginning and other countries around the globe will soon be forced to take action, cutting their own interest rates as the financial contagion spreads.

This fear is helping propel gold prices to new multi-year highs, prompting many within the industry to state that a new bull market for precious metals is upon us. Among those is Citibank, who believe that gold could reach $2000 USD per ounce within the next 12-24 months.

We still expect fresh nominal highs of US$2,000 per ounce to be breached in the next 12 to 24 months,” Citibank said.

Meanwhile, also helping buoy the price of precious metals is a familiar face. Russia has once again reported that they have increased their gold reserves, adding an additional seven tons throughout the month of January.

This puts their gold reserves at 73.2 million troy ounces as of the first of February, with no indications that they intend to slow down their purchases any time soon.

This underpinning of central bank buying, in addition to the current cocktail of risks that the global markets now face, could be a recipe for safe haven assets such as gold and silver bullion to explode higher. They will continue to be bought as long as risk remains, sending prices to possibly even new all-time highs.

by Nathan McDonald for Sprott Money