Gold Above $1,600 Amid FOMC Minutes and Coronavirus Impact 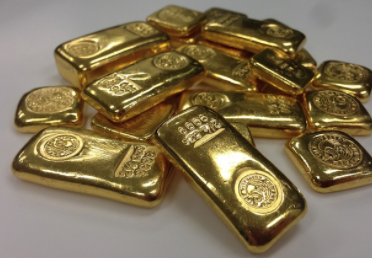 Ladies and Gentleman, gold has overcome yet another barrier, jumping above $1,600 amid the fresh FOMC minutes and the renewed fears about the coronavirus economic consequences. What’s next for the yellow metal?

Gold bulls can be happy. As the chart below shows, the yellow metal has jumped above $1,600 amid the FOMC minutes and concerns about the coronavirus. Let’s now analyze these two important developments.

The Federal Reserve released the minutes from its last meeting. They show that the US economy seemed stronger to the Fed in late January than they had expected. In particular, the FOMC members agreed that the labor market had remained strong over the intermeeting period, that economic activity had risen at a moderate pace, and that there were tentative signs of stabilization of the global economic growth. Hence, they were “generally cautiously optimistic about the effects on the business sector of the recent favorable trade developments and the signs of stabilization in global growth”.

Moreover, the participants also were more optimistic about the inflation returning to the target. They generally expected inflation to move closer to 2 percent in the coming months as the unusually low readings of early 2019 drop out of the 12-month calculation. More upbeat inflation expectations should make the US central bank less dovish or more hawkish, which should be supportive for the yellow metal, especially since that gold is perceived as an inflation hedge.

And even more importantly, the FOMC members saw the balance of risks in a more favorable light than in December, as the risk of a full-blown trade wars or a hard Brexit diminished.

Participants generally saw the distribution of risks to the outlook for economic activity as somewhat more favorable than at the previous meeting, although a number of downside risks remained prominent. The easing of trade tensions resulting from the recent agreement with China and the passage of the USMCA as well as tentative signs of stabilization in global economic growth helped reduce downside risks and appeared to buoy business sentiment. The risk of a “hard” Brexit had appeared to recede further.

But what the Fed really enjoyed, was the reinversion of the yield curve and the following decrease of the likelihood of a recession:

In addition, statistical models designed to estimate the probability of recession using financial market data suggested that the likelihood of a recession occurring over the next year had fallen notably in recent months.

The fact that the yield curve has again inverted in January, must be a blow to Powell’s heart. It means that the three cuts of the federal funds rate in 2019 did not improve significantly the situation. The specter of recession is still present!

Of course, the Fed is fully aware of the fact that important risks to the global economy persist or that new dangers emerge:

Still, participants generally expected trade-related uncertainty to remain somewhat elevated, and they were mindful of the possibility that the tentative signs of stabilization in global growth could fade. Geopolitical risks, especially in connection with the Middle East, remained. The threat of the coronavirus, in addition to its human toll, had emerged as a new risk to the global growth outlook, which participants agreed warranted close watching.

Indeed, the coronavirus seems to be the most dangerous threat to the global economy right now. After a temporary relaxation that followed signs of slowdown of new infections, investors started to worry again about the implications of the coronavirus outbreak. The second thoughts came on Monday, when Apple, the biggest American public company, warned that it would miss its revenue target for the first quarter as a result of the coronavirus. Investors learned that global supply chains have many of its links in China and with much of the country being in quarantine, many global businesses may suffer for a while.

But was the Apple’s warning really surprising? Not really. We have warned investors that China and the global economy may suffer in the Q1 or maybe even in Q2 (as there is some lag between development in China and the global economy) but that the economic growth should rebound later, when the epidemic is contained (and the data suggests that it indeed will be). And yes, the S&P500has already rebounded, reaching for new heights.

What does it all mean for the gold market? Well, gold has jumped above $1,600 on Wednesday as concerns over the global economic impact of the coronavirus boosted the safe-haven demand for gold. But the real question is what’s next for the precious metals market.

Well, the safe-haven demad should remain in place for a while due to the concerns about the impact of the coronavirus. However, we are of the opinion that the coronavirus will alter neither the long-term growth of China nor of the rest of the world. So, when the fears recede, there might be a correction in the gold prices.

But there might be not. We mean here the fact that although the coronavirus won’t probably alter significantly the fundamentals of the global economy in the long-run, it could force the central banks to ease their monetary policy. The People’s Bank of China has already provided accommodation. And the Fed – especially if there is a more prolonged turmoil in the stock market and a fresh inversion of the yield curve – may follow suit. Then, gold may shine even without the global pandemic.