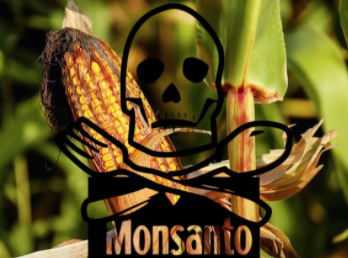 Promises, promises, promises. The toxic world of genetically modified organisms (GMOs) and industrial agriculture is built on false promises. For nearly 30 years we have been listening to the propaganda of the big biotech companies like Monsanto/Bayer, Syngenta, DuPont/Pioneer, BASF and others about how genetic engineering will transform farming and food production.

We’ve heard how it will reduce the environmental impact of farming by lowering pesticide use. We’ve been promised that it will increase the nutritional content of food. We’ve been told how it will boost farmers’ profits by increasing yields, and that those increased yields will help “feed the world.”

As the problem of man-made climate change has moved to the top of the global agenda, new promises have emerged about how GMOs will fight climate change and how genetic engineering will make plants more resilient to drought and flooding. The huckster promises keep on coming, but what has the biotech industry actually delivered over nearly three decades?

First and foremost, GMO crops were sold as a way of reducing on-farm pesticide use. But since GM crops were introduced, there has been a dramatic increase in pesticide use on those crops worldwide.

Most GM crops fall into one of two types. Pesticide “resisters,” or “Roundup Ready” crops, mostly corn and soya, are genetically engineered to withstand the spraying of Monsanto’s Roundup herbicide, the active ingredient of which is glyphosate. Most recently, pesticide resisters have also been engineered to resist other highly toxic pesticides like dicamba and 2,4-D.

GM crops have turned glyphosate into one of the most widely and recklessly used herbicides in history. According to the USDA,1 more than 90% of the soybeans harvested on U.S. farms are genetically engineered to withstand herbicides like Roundup.

Pesticide “producers,” or Bt plants, which include corn and soya but also cotton, produce their own insecticides. When an agricultural pest eats the crop, in theory, it will be poisoned and die.

But weeds and insects rapidly evolve2 to be immune to these poisons. Most agricultural weeds have become resistant to Roundup, causing farmers to spray more each year. The heavier use of herbicides creates ever more “superweeds” and even higher herbicide use.

The increase was first seen in pesticide resisters. A 2012 study3 out of Washington State University found that planting GM crops quickly resulted in herbicide-resistant “superweeds” and, as a result, increased herbicide use.

By 2016, research from University of Virginia confirmed that glyphosate-resistant weeds have led to a 28% hike in herbicide use on GM soybeans4 compared with non-GM. This rise has also been reported in other countries such as Canada,5 Brazil6 and Argentina7.

More recently, insects have begun to become resistant8 to the insecticides bred into pesticide products, causing farmers to use even more and more dangerous mixtures of pesticides to try and keep them under control.

by Ronnie Cummins for Mercola