From Emperor Van Man to Xi: Light and Shadow of Chinese Gold 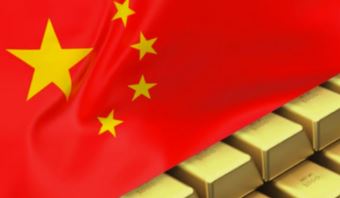 In the year 23 BC e. the treasury of Emperor Van Man (Western Han Dynasty) managed to accumulate more than 5 million ounces of gold, which is several times higher than the then stocks of the Roman and Persian empires combined.

Judging by the statistics of mining, consumption and accumulation of precious metal in the Middle Kingdom, gold in China and in the XXI century is in special honor. The analysis of China’s gold reserves is complicated by the fact that the data on the gold reserves of China are based on official figures from the People’s Bank of China and do not inspire confidence among experts. However, no one has any doubt that for many years to come China will occupy first place in the ranking of gold mining countries, since its separation from competitors remains large. In 2019, gold mining in China amounted to 380.23 tons. In 2018, the following places after China were: in second place – Australia with a production volume of 312 tons, in the third – Russia (282 tons), in the fourth – the USA (253 tons), in the fifth – Canada (193 tons), in the sixth – Indonesia (190 t).

China’s interest in gold is so great that even first-class domestic mining of precious metal cannot satisfy it. The China Gold Association (CGA) reported that in 2019, 120.19 tons of gold were produced from imported raw materials in the country. Based on these data, the annual gold production in China amounted to 500.4 tons. However, in 2018, the total gold production in China from its own and imported raw materials was even greater – 513.5 tons. None other can boast of such volumes of domestic gold production. country in the world.

However, this is not enough. China for many years imports finished (refined) gold. And the scale of this import, as a rule, exceeds the volume of domestic metal production.

It is noteworthy that China almost does not export precious metal. There is an unspoken setting that all gold produced should remain in the country.

Today, China is the largest importer of gold in the world. The main exporters of gold to China are Switzerland, Australia and South Africa. In 2017, the volume of gold imports in China exceeded domestic production exactly three times, and in 2018 – 3.77 times.

Many attentive experts noted that in 2019, the Chinese gold economy was experiencing, if not crisis, then recession. And we are talking not only about a decline in production, but also about demand. The total volume of domestic demand for gold, according to the CGA, in 2019 decreased by 12.9%. At the same time, the consumption of gold by the jewelry industry decreased by 8.16%, the demand for bullion and coins from investors fell by 27%, and other industrial demand by 4.9%. These figures are the first evidence of a decrease in solvent demand in the Chinese economy as a whole.

Of particular note is the strong decline in gold imports. Customs statistics record that in the first half of 2019, this import amounted to 575 tons, and in the first half of 2018 it was equal to 883 tons. And this decrease is due not to changes in market conditions, but to the policies of the People’s Bank of China. The fact is that gold is imported by Chinese banks, which for this receive licenses from the Central Bank. Licenses are not permanent, but for one or several months. So, last spring, the Central Bank sharply limited the issuance of licenses. If in May 2018, 157 tons of gold were imported into the country, then a year later – only 71 tons. If in June 2018, gold imports amounted to 199 tons, then a year later – only 57 tons.

Most experts explain this turn in the policy of the Chinese Central Bank by attempts to improve the balance of payments. Gold purchases are usually made using US dollars. By stopping the issuance of licenses, the NBK is trying to weaken the outflow of capital from the country. One of the main motives for this policy of the Central Bank was to stop the weakening of the Chinese yuan against the US dollar. Washington accused Beijing of the so-called currency manipulation, that is, the deliberate and constant underestimation of the RMB exchange rate. The highest party-state leadership of the country gave the Central Bank a command to stop the weakening of the Chinese monetary unit and even strengthen it somewhat. This had to be done in order to be able to sit down at the negotiating table with the American president and sign an agreementto end the trade war. It was signed on January 15, 2020. I think that after this, Beijing will slowly restore the previous volumes of yellow metal import again.

Beijing needs gold to build up state reserves. The Chinese authorities are trying to mask this policy in every way. The discrepancy between the numbers of supply and demand is striking. The second is much larger than the first. There is a feeling that there is some kind of “black hole” in which several hundred tons of precious metal disappear every year.

It is striking that the amount of gold reserves reflected in official statistics may not change for many months. For many years, China generally hid data on gold reserves. When in the first half of the current decade, Beijing began to seek from the IMF to include the yuan in the list of reserve currencies, it had to establish an elementary order in its statistics on gold and submit data on gold reserves to the Fund. From April 2009 to mid-2015, Chinese gold reserves froze at around 1054 tons. Then there was a jump to 1,658 tons (this was on the eve of the first meeting of the IMF board of directors on the issue of including the yuan in the basket of reserve currencies). There were still small increments in the numbers of reserves during the period when the question of the status of the renminbi in the Fund was being decided. In October 2016, they grew to 1842.56 tons. And then (after a positive decision of the Fund for the renminbi) for more than two years, until December 2018, the figure did not change. Only at the end of December 2018, the figure increased by about 10 tons (up to 1852.51 tons). As a result, at the beginning of 2020, the Chinese gold reserves, according to official figures, amounted to 1948.31 tons. It turns out that over the past year the increase was 95.8 tons.

To date, it is not yet known what the total increase in gold reserves of all countries in the world in 2019 is. I think China will take second place after Russia, which, according to the Bank of Russia, has grown by 157.95 tons. However, I repeat once again that none of the serious experts trusts the official statistics of China’s gold reserves. Estimates made by experts are at least twice the official figures.

Many puzzle: what are the goals of such a gold hoarding? Especially considering that the accumulation is carried out in conditions of strict secrecy. Someone says that this is Beijing’s strategic reserve in case of war. Others believe that this is insurance against the collapse of the dollar currency system (supporters of this version pay attention to the fact that China at the same time neatly reduces the share of dollars in international reserves). Still others believe that Beijing will need this yellow metal in order to one day announce to the world that a golden yuan was born in China. The fourth specify: yes, this is the metal necessary for the revival of the gold standard, but not in the interests of China, but of the Rothschilds, who have an invisible influence on Beijing.