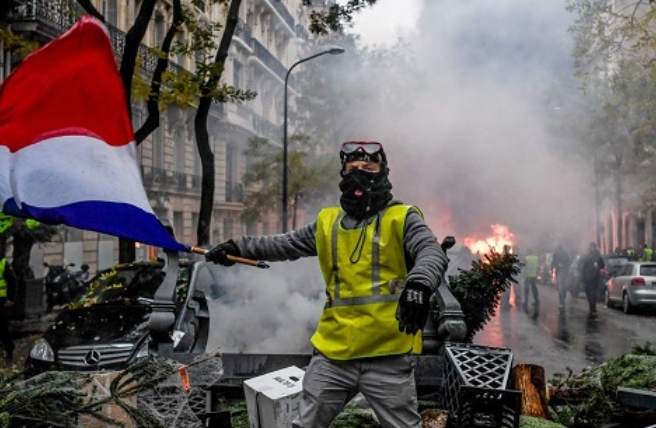 Criticizing the “public sector” is tricky, because teachers, firefighters, cops and bus drivers are by-and-large great people doing hard things that benefit the rest of us.

But there’s this problem, which is that once a country’s public sector grows beyond a certain size, it takes on a life of its own, demanding more resources even as the money to fund that growth runs out.

Elected officials find that they have no choice but to increase pay and pensions and eschew reforms that might make those increases manageable. Taxpayers and financial markets eventually crack under the strain, and an epic battle ensues between public and private sectors that ends in some version of national bankruptcy.

Most developed countries are already beyond the point of no return, and the rest are headed that way fast. Which brings us to France with its 42 different government-funded pension programs, some which are truly sweet deals. Train drivers, for instance, can retire in their early 50s and collect a lifetime pension of around $40,000 per year. Say a typical driver starts working at 20 and retires 33 years later at 53, then lives into his 80s; he’ll have spent as much time on the taxpayer dime as he did working.

Pensions consume 14% of French GDP, crowding out spending that could otherwise go to roads, bridges, medical research and other productivity enhancements. Unfunded liabilities – funds the government doesn’t have but will have to come up with to make good on future promises – are soaring, which means the hole is getting deeper. Just based on these numbers, a systemic breakdown looks both inevitable and imminent.

French president Emmanuel Macron wants to rationalize the system by combining the current mess into a single universal government pension with benefits lower than the top current plans but higher than the bottom ones, and a retirement age more in line with other (still extremely generous) European countries.

Public sector unions want none of this and have taken to the streets, picking up where the Yellow Vest protestors (who by the end didn’t even know why they were out there) left off. Trains aren’t running, roads are closed, and the government is scrambling to find a quick solution.

Here’s how this ends: A deal of some sort gets done, both sides claim to be happy, but the debts keep mounting and the drift towards national bankruptcy continues.

by John Rubino of Dollar Collapse