For The 3rd Time This Month, We Just Witnessed The Largest Single Day Point Crash In Stock Market History 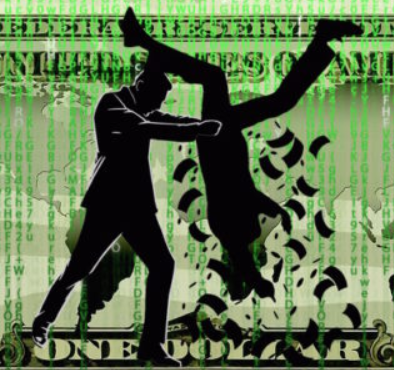 We are literally witnessing history in the making.  For the third time in the last six trading sessions, we have witnessed the largest single day point crash in stock market history.  Let that sink in for a moment.

Of course all of this volatility is being driven by fear of the coronavirus.  Even though less than 100 Americans have died so far, investors are completely freaking out.

So what will happen if thousands or even millions of us start dying?

On a percentage basis, the nightmare that we watched unfold on Monday was the worst day for stocks since “Black Monday” in 1987…

Stocks fell sharply Monday — with the Dow suffering its worst day since the “Black Monday” market crash in 1987 and its third-worst day ever — even after the Federal Reserve embarked on a massive monetary stimulus campaign to curb slower economic growth amid the coronavirus outbreak.

Overall, the Dow is now down more than 31 percent from the all-time high set earlier this year.

If you can believe it, all of the tremendous stock market gains that we have witnessed over the last three years have been completely wiped out in just 18 trading days.

Remember, those are not figures for the entire year.

Those are figures for one day.

Of course the utter carnage was not just limited to stocks.

by Michael Snyder for The Economic Collapse Blog