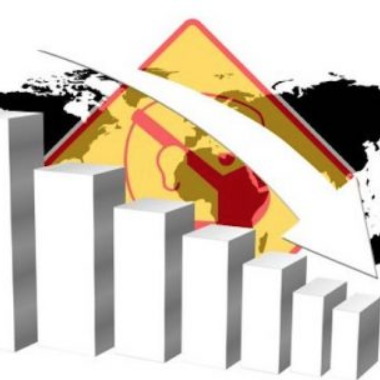 Asia and Europe markets fell sharply Monday despite emergency measures by the Federal Reserve to calm investors. Australia stocks dropped almost 10% as investors grappled with the unknown economic impact of the global coronavirus pandemic. The sell-off continued through Europe trading, with the broad indexes closing approximately 5% down.

In its latest move, the Fed took the federal funds rate down by 100 basis points, to essentially zero, and included a massive $700 billion quantitative easing program aimed at U.S. Treasury and mortgage backed security purchases.

The Fed also reduced the emergency lending rate at its discount window from 1.5% to 0.25% to deliver greater liquidity to cash-strapped institutions.

The announced moves came only days after the President declared a national state of emergency and the Fed committed to a liquidity campaign of up to $1.5 trillion the week prior, which extended its purchase program of short-term T-bills to a broader range of coupon bearing securities.

Although the moves were aimed to calm markets, some believe the Fed panicked and in turn rattled markets.

“The Fed blasted its monetary bazooka for sure,” said Peter Boockvar, chief investment officer at Bleakley Advisory Group, to CNBC.

Danielle DiMartino Booth, founder of Quill Intelligence, told CNBC, “It’s bizarre to have seen, in the space of 60 seconds, five years of policy rolled out in one fell swoop.” Prior to founding Quill Intelligence, DiMartino Booth spent nine years with the Federal Reserve Bank of Dallas, where she advised President Richard W. Fisher throughout the global financial crisis.

“Investors should be wondering if there’s something that the Federal Reserve knows at this juncture that we don’t know. That, I think, is the greatest fear.”

The massive measures helped little as U.S. equities plunged in morning trading. The S&P 500 fell 8.14%, triggering the market “circuit breaker” for the third time in a week.

“To some extent the rate cut and eventual return to QE were anticipated,” said Ian Lyngen, BMO’s head of U.S. rates.

Stocks rose off the lows momentarily before closing the day down near 12%. It was the worst day ever for the NASDAQ and the worst drop for the Dow Jones Industrial Average and S&P 500 since 1987.

The global sell-off pushed gold below $1,500 in Monday trading. The move, which took the metal down more than $200 from its peak last week, caused some critics to question its traditional safe-haven role.