Fedcoin? The Federal Reserve is looking into it 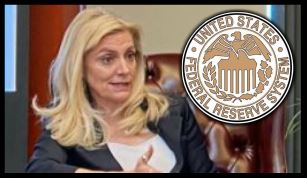 The Federal Reserve is looking at a broad range of issues around digital payments and currencies, including policy, design and legal considerations around potentially issuing its own digital currency, Governor Lael Brainard said on Wednesday.

Brainard’s remarks suggest more openness to the possibility of a Fed-issued digital coin than in the past.

“By transforming payments, digitalization has the potential to deliver greater value and convenience at lower cost,” Brainard said at a conference on payments at the Stanford Graduate School of Business. She did not touch on interest rates or the current economic outlook.

“But there are risks,” Brainard said, in a partial reprisal of her own and other global central bankers’ worries about the rise of private digital payment systems and currencies, including Facebook’s Libra digital currency project.

“Some of the new players are outside the financial system’s regulatory guardrails, and their new currencies could pose challenges in areas such as illicit finance, privacy, financial stability and monetary policy transmission,” she said.

The Fed is developing its own round-the-clock real-time payments and settlement service and is currently reviewing 200 comment letters submitted late last year about the proposed service’s design and scope, Brainard said.

But the Fed is also, she said, “conducting research and experimentation related to distributed ledger technologies and their potential use case for digital currencies, including the potential for a CBDC (central bank digital currency).”

Dozens of central banks globally are also doing such work, a recent international study showed, with China moving ahead on plans to issue a digital coin.

Read the rest of the article here on Reuters…