Fed Repos Have Plowed $6.6 Trillion to Wall Street in Four Months; That’s 34% of Its Feeding Tube During Epic Financial Crash 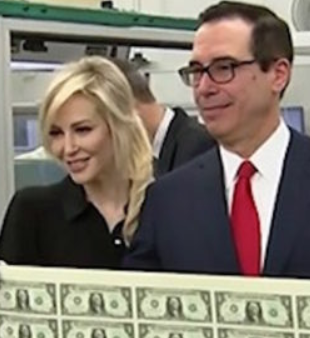 Fed Repos Have Plowed $6.6 Trillion to Wall Street in Four Months; That’s 34% of Its Feeding Tube During Epic Financial Crash

According to the data made available on the public website of the New York Fed, since September 17, 2019 it has funneled a cumulative total of $6.6 trillion to some of  the 24 trading houses on Wall Street that are known as its “primary dealers.”

The giant sum has been sluiced to Wall Street in the form of repurchase agreement (repo) loans without any details being provided to the elected representatives in Congress as to which firms are getting the money or what it’s being ultimately used for.

But since the stock market has set repeated new highs since the program launched, some veteran market watchers believe the Fed is fueling a Ponzi-like rally in stocks.

When the nonpartisan investigative arm of Congress, the General Accountability Office (GAO), tallied up the cumulative total that the Federal Reserve had secretly sluiced to Wall Street from December 2007 through July 21, 2010, it came to $16.1 trillion. (See chart below.) But the GAO did not include all of the programs that came out of the New York Fed.

When those other programs are added, the Levy Economics Institute, using the Fed’s own data, arrived at the tally of $19.559 trillion to the Wall Street trading houses and another $10 trillion in central bank liquidity swaps, bringing the bailout figure to over $29 trillion.

Why is it essential to report on the cumulative tally that the New York Fed pumped during the crisis and is doing once again to Wall Street’s trading houses? As L. Randall Wray wrote in 2011 to explain Levy’s calculations: “The cumulative lending by the Fed contributes to our understanding of the depths of their [the Wall Street banks’] problems.”