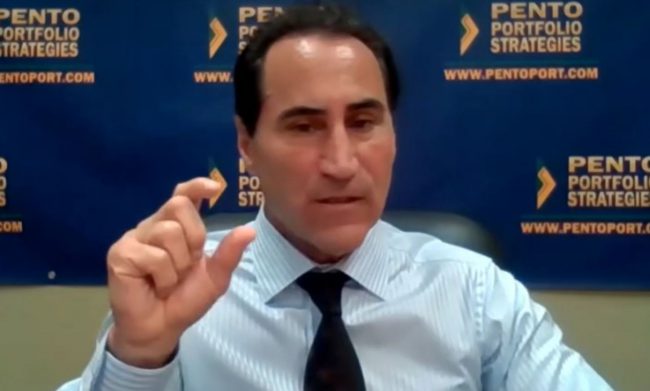 Money manager and economist Michael Pento warns to keep your eyes on the Fed.  It will be responsible for the next market crash coming this year or next.  Just look what happened after the most recent Fed meeting last week. Pento says, “After the June FOMC meeting, the Fed talking about tapering sent stock prices skidding. . . . When they actually announce they are tapering, and when they actually announce a date for tapering that, I believe, will be in August at Jackson Hole, the market will sell off absolutely.”

The Fed has been propping up the markets with massive amounts of printed money since the financial meltdown of 2008.  Something has changed, and Pento points out, “Now, the inflation has become such a problem that even the Fed can no longer ignore it.

Watch more interviews like this on the RTD blog here: