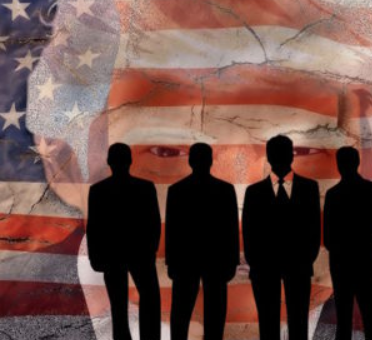 On 5 February 2020, the US Senate voted to acquit President Donald Trump on two articles of impeachment. After that, Trump’s approval ratings reached a new high of 49% for this last year of his presidency.

What effect will this event have on the way talks between Pyongyang and Washington proceed in the future? It is still unclear whether the DPRK expected such an outcome, however, it is noteworthy that the topic of impeachment was not discussed by either North Korean media outlets or spokespeople of its Ministry of Foreign Affairs. North Koreans also took a break from making threats. Pyongyang’s most recent attention-grabbing statement essentially reiterated the narrative that the DPRK would choose to follow a different path if the United States continued to persist with its demands and insist on imposing sanctions.

Similarly, during this period, Donald Trump also avoided addressing the subject of North Korea in his statements and in the State of the Union speech on 4 February. But notably, the DPRK had been mentioned both one and two years ago.

In 2018, Donald Trump condemned North Korea for continuing to develop missiles and its human rights abuses. He pointed out that Pyongyang’s “reckless pursuit of nuclear missiles could very soon threaten” the homeland, and that the United States was “waging a campaign of maximum pressure to prevent that from happening”. The President vowed not to repeat the mistakes of previous US administrations and described the North Korean regime as depraved in character.

In 2019, the tone of his message was completely different, as Donald Trump announced that he would hold the second summit with the DPRK leader.  “As part of a bold new diplomacy, we continue our historic push for peace on the Korean Peninsula,” he said.  The US leader described his relationship with Kim Jong-un as “a good one” and stated that if he had not been elected President, the United States would at the time, in his opinion, “be in a major war with North Korea with potentially millions of people killed”.

In a similar vein, other government officials also made statements about the fact that the strategy towards the DPRK was in no way linked to the domestic political situation. For example, on the day the US Senate ruled in the impeachment trial, US National Security Advisor Robert O’Brien stated that the US President would “remain committed to denuclearization talks with North Korea regardless of US domestic politics”. He said that Donald Trump would be doing what was “right for the American people, whether” it was “popular, unpopular, risky, not risky, right up until the day of the election”. Robert O’Brien also pointed out that Kim Jong-un had not “lived up to the promises” he had made in Singapore, but that the United States was “going to continue doing the hard work of diplomacy”. And according to South Korean media, he talked not only about the possibility of restarting working-level negotiations in Sweden but also of beginning new high-level talks.

The author thinks that from Pyongyang’s perspective, one important milestone has just passed and afterwards, North Korea will be able to adjust its strategy towards Washington. However, the current “break” from negotiations, while there is still a window of opportunity, will probably last until March when US-South Korean joint military drills will either be held or not. Their scale and focus will also be an important indicator for Pyongyang of whether the United States will have changed its approach by then or not.

In such a context, South Korea’s legislative election will be of lesser significance, and if conservatives win, Moon Jae-in could become a lame-duck President. But this will most likely add just another angle to the equation, after all, the DPRK has chosen to ignore Seoul’s mediation efforts in these negotiations for almost a year now.

Pyongyang can expect that the end of the impeachment trial will lift the weight off Donald Trump’s shoulders and untie his hands. Moreover, as the presidential election draws near and the possibility of an escalation of tensions in the Middle East and between the United States and the PRC looms large, it will be reasonable for Donald Trump to play the role of peace-keeper at least with respect to North Korea. This means that if the ongoing developments are viewed from an optimistic perspective, we can expect working-level negotiations to restart and, in the future, a new summit between Donald Trump and Kim Jong-un to be held as long as both sides manage to move towards a consensus.

Still, although tactically speaking, the US President’s hands are untied, strategically, he cannot offer North Koreans anything equivalent in value to what they can. Hence, Donald Trump will probably pretend to be extremely active and involved, and his strategy may well end up being “to try and avoid angering Kim Jong-un”. In such a climate, we can expect to see some events just for show, and even if the working-level groups agree to hold another summit, it will not serve a true purpose.

Kim Jong-un will most likely leave things well enough alone and avoid antagonizing the United States as long as the latter follows suit.  However, it may very well be that, by April 2020, North Koreans will have attempted to nudge things forward making sure they do not overdo it. It is possible that there will be another launch of a short-range ballistic missile. However, it is worth taking into account the opinion expressed by those Western experts who claim that Kim Jong-un’s latest strategic weapon is actually a finally completed submarine, from which an intermediate-range ballistic missile with a nuclear warhead can be launched.

What will happen after the 2020 US Presidential election is yet to be seen. After all, two pragmatists may continue the ongoing game in search of a solution for several more years or, feeling completely disappointed with dialogue, Kim Jong-un could, as quickly as possible, attempt to increase DPRK’s nuclear arsenal to such levels that the United States will be forced to accept North Korea as is.