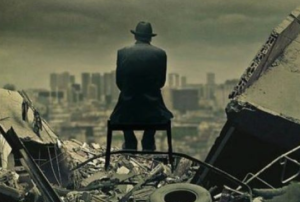 The Washington Post has obtained a “confidential trove of government documents” revealing that “senior US officials failed to tell the truth about the war in Afghanistan throughout the 18-year campaign, making rosy pronouncements they knew to be false and hiding unmistakable evidence the war had become unwinnable.” But many of us knew and wrote that the war was unwinnable from the beginning, although none of the Western mainstream media would publicise any such judgement.

In 2005 I wrote that “The insurgency in Afghanistan will continue until foreign troops leave, whenever that might be. After a while, the government in Kabul will collapse, and there will be anarchy until a brutal, ruthless, drug-rich warlord achieves power. He will rule the country as it has always been ruled by Afghans: by threats, religious ferocity, deceit, bribery, and outright savagery, when the latter can be practiced without retribution. And the latest foreign occupation will become just another memory.”

In 2007 GW Bush, up until 2016 the worst US president in memory, declared that “Our goal in Afghanistan is to help the people of that country to defeat the terrorists and establish a stable, moderate, and democratic state that respects the rights of its citizens, governs its territory effectively, and is a reliable ally in this war against extremists and terrorists.” But after 18 years of war, following the 2001 invasion, it has been Mission Unachieved.

Over the years there have been some peculiar statements, claims and outright lies told about the war in Afghanistan by the political-military establishment that continues to foster it, and one of the most intriguing observations was made by President Obama in March 2009 when he said that “the United States of America did not choose to fight a war in Afghanistan.” As I noted at the time, to hear this pronouncement was rather like being told that “Hitler didn’t cause World War Two” or reading newspaper headlines like “Republican Politician Tells Truth” or “Netanyahu Says Arabs are Human” and falls neatly into the category of “failing to tell the truth” about the Afghanistan debacle.

The Post recounts that in 2015 Lieutenant General Douglas Lute “who served as the White House’s Afghan war czar during the Bush and Obama administrations” told government interviewers that “We were devoid of a fundamental understanding of Afghanistan — we didn’t know what we were doing. What are we trying to do here? We didn’t have the foggiest notion of what we were undertaking.” But that same general, who could have swayed — or at least tried to sway — these presidents away from their catastrophic war, did nothing of the kind.

On December 9 Lute was interviewed on US National Public Radio, the most objective US news outlet, and therefore under threat by Trump, and continued to sway like a US general in the winds of promotion.

The interviewer quoted an army colonel as saying that “every data point was altered to present the best picture possible. Surveys, for instance, were totally unreliable, but reinforced that everything we were doing was right, and we became a self-licking ice cream cone.” General Lute was asked if he had been “aware of or party to any effort to use data to mislead the public about the state of US progress in Afghanistan?” Lute, who is now a Senior Fellow at the Harvard Kennedy School, replied, barely believably, that “No. My experience with regard to collection of data and reporting on progress or lack of progress in Afghanistan is an experience of candour, of bluntness and speaking truth to our senior leaders.”

Then the interviewer noted that the Special Inspector General for Afghanistan Reconstruction (SIGAR; the only senior official who has been honest concerning affairs and events in Afghanistan) had said that “the American people have constantly been lied to” and asked Lute if he agreed with that. Predictably he replied that “I don’t agree with that assessment” and fantasised that “every approach that I know of to communicate progress in Afghanistan by senior American political officials and military officials has always been couched as, on the one hand, we’re making progress, but on the other hand, the challenges are severe.”

He should have listened to one of his own breed, the senior military commander in Afghanistan from 2016 to 2018, General John Nicholson, who declared in October 2017 that “a tidal wave of air power is on the horizon”, and that “this is the beginning of the end for the Taliban.” The man was grossly over-promoted from kitchen orderly, but he was the most important person in Afghanistan for thirty months, and seemed to take pleasure in making what the Washington Post calls “rosy pronouncements.”

The Afghanistan Papers make it clear that such as Nicholson were in the vast majority and that there were “explicit and sustained efforts by the US government to deliberately mislead the public.” Interviewees said “it was common at military headquarters in Kabul — and at the White House — to distort statistics to make it appear the United States was winning the war when that was not the case.”

It is appalling that the lies continue, and not only in Afghanistan. The war on Libya in 2011 was a put-up job, and Foreign Policy magazine summed it up by headlining a 2016 analysis “The Big Lie About the Libyan War” in which “The Obama administration said it was just trying to protect civilians. Its actions reveal it was looking for regime change.” Another colossal lie.

In Syria there are military forces from the US and Russia, but the difference is that the Syrian government asked for Russian support while the US presence is largely aimed at assisting rebels to overthrow that government. As the BBC notes, the situation is made more complicated because “the group calling Islamic State (IS) joined the rebellion against President Bashar al-Assad in Syria, where it found a safe haven and easy access to weapons.”

There has therefore been much posturing about Syria, in which “the US initially supplied the rebels of the Free Syrian Army with non-lethal aid . . . but quickly began providing training, money, and intelligence to selected Syrian rebel commanders. At least two US programs attempted to assist the Syrian rebels.”

The entire charade was based on the claim that Washington was there entirely to combat the terrorists of Islamic State, but this fell to bits in October after US forces were reported to have “started reinforcing… positions around oil fields in eastern Syria, saying the new deployments are part of its continuing counter-terrorist mission.” The chairman of the Joint Chiefs of Staff, General Mark Milley, told reporters  that “The fundamental purpose of securing those oil fields is to deny those oil fields access to ISIS in order to prevent ISIS from resurgence.”

This sounded plausible until Trump made US priorities clearer by declaring “We’ve secured the oil, and, therefore, a small number of US troops will remain in the area where they have the oil… We’re keeping the oil — remember that. I’ve always said that: ‘Keep the oil.’ We want to keep the oil. Forty-five million dollars a month? Keep the oil… what I intend to do, perhaps, is make a deal with an Exxon Mobil or one of our great companies to go in there and do it properly.”

The Pentagon’s lie had been inadvertently contradicted by Trump who probably didn’t know the seriousness of what he was saying, and in any case made his statement when he was speaking to a group of police chiefs in Chicago — hardly an international forum. But it shows that endless lies continue to be told in Washington’s endless wars.

by Brian Cloughley via Strategic Culture