Drive-By: Silver Plummets 6% Overnight! (Just Don’t Get To Thinking Price Is Going To $10) 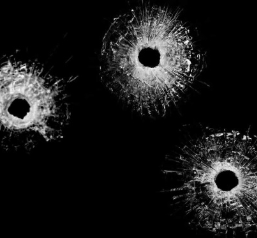 The commodities are crashing!

Check out the candle that crude oil is developing today:

That’s one serious gap down!

Copper has finally made a new low on the daily chart:

Recall copper bottomed below $2.00 when the commodities were bottoming at the end of 2015 and the beginning of 2016.

Any downside here is more than an absolute gift.

Here’s the thing: Silver is money.

Here’s another thing: It can’t be magically printed or double-clicked into existence.

Here’s one final thing: The US dollar, which is unbacked, debt-based fiat currency, has already hyperinflated, and all that’s missing now is the crack-up boom, and while the extent of the global pandemic won’t be fully known until we’ve peaked in cases, which may not even happen for many months from now if not even longer, governments and central banks around the world have shown their cards, and they’re clearly poised to just throw as much “money” at this problem as necessary.

Here’s the dilemma: What can we do about it?

Uh, we can buy silver.

That’s what we can do.

Of all the things in this world, silver is the one thing truly feared by governments and central banks alike, because silver is the money of the people, and governments and central banks do fear and hate the people, but sooner or later, the people will get it, and just like most people were caught off guard without enough toilet paper and n-95 masks, nearly everybody will be caught off guard when they realize they don’t have any real money either.

Therefore, what does the ongoing panic-buying of toilet paper and n-95 masks demonstrate?

It demonstrates that some people will eventually come around.

Some people will “get it”.

The analogy I’ve come up with has to do with sea turtles.

How is it that sea turtles can hatch on the beach and instinctively know how to get to the ocean?

It’s hard coded in their genes.

And in the same way, after thousands and thousands of years of history, I think humans have hard-coded in our genes the understanding that gold & silver are money, and those genes may lay dormant in most people right now, as did the toilet paper and n-95 mask “prepper” genes, but the “gold & silver are money” genes won’t remain dormant for long.

Last week I went to my local Wal Mart to see with my own eyes that there wasn’t any alcohol based hand sanitizer, and sure enough, there was not a bottle to be found.

Not even a bottle of rubbing alcohol for that matter.

Yesterday I went to my local Costco, an sure enough, I verified there was not one roll of any toilet paper in the entire store.

There were two brands of paper towels, both in sufficient supply, basically taking up the entire section where the other paper towels and toilet paper would co-exist in disposable harmony.

Upon checking out, the cashier asked us if we found everything we were looking for?

That’s one of the stupidest questions I constantly hear at store check-outs.

I mean, it’s not like they’re going to do anything about it if you didn’t find what you’re looking for.

I asked the cashier if she knew when they would be getting toilet paper in, and she said, “hopefully tomorrow, but not our brand because that comes from China.”.

A toilet paper price-reset higher, if I may say it that way.

Pun and no pun intended!

Not surprisingly, the gold-to-silver ratio has its own little blow-off top thingy going on:

I think it blows this week, and while the price of silver could come down more, we’re at that point where the cartel not only runs the risk of running out of physical silver to deliver into the “market”, but premium creep is becoming very real for stackers and other smart investors who recognize that gold & silver thrive while everything paper burns.

I don’t really think we roll over here, especially if gold remains bid.

Remember: From the daily chart’s perspective, silver has gone through a slow, painful correction (crash?) of over 16% since topping out at $19.75 last September.

I think the next surprise move is to the upside, not to the downside.

The time has come to shine.

I can see the industrial use for palladium declining as the global economy collapses, but I can also see palladium catching a safe-haven bid along with the other three precious metals.

The problem, however, is that palladium will likely not catch that bid until the other three precious metals catch-up in price.

OK, “Hey Half Dollar, are you sayin’ the silver price will be more on par with the other three precious metals?”.

Just don’t ask me when, for I’m not on the inside, and I can’t see the behind the scenes “market” dynamics like the corrupt, evil politicians and bankers et al. can.

Platinum should catch that flight to safety bid very soon as well:

There’s just too much funny money out there chasing too few things, and now, that funny money is also chasing many less services as people withdraw and interact less with each other, and platinum has all of the necessary properties to be money, so yeah, I think that along with silver, platinum will show an upside surprise here, quite possibly even this very week.

The Nasdaq has not fallen below its 200-day moving average:

Oh wait, there is a massive global supply chain disruption happening right now, and the full extent of which is still unknown.

More than a few “traders” and “investors” are concerned with a VIX north of 50:

If the major indexes in the United States have another big leg-down this week, I’d be looking for the VIX to remain elevated if not surge even higher, possibly surpassing the 2008 global financial crisis high of 90 en route to taking out the October 1980 high of 172.79.

Yield on the 10-Year Note is pricing in an emergency rate cut this week:

If that happens, that would be one week before the 2-day FOMC!

For those armchair quarterbacking the Fed, if that’s your thing, the Fed could move another 50 basis points this week, move 50 basis points next week, and then we’d be at the “effective lower bound”, where interest rates would be 0.00% to 0.25% – basically zero percent interest rates (because the target rate is the middle of the range) – and Powell could begin laying out the ground-work for all of the Fed’s new “tools”.

In the most booming economy, ever, with solid fundamentals no less!

Trump’s words, not mine, and Powell’s words, also not mine.

Bottom line as we find ourselves here this beautiful Monday in early March?

And yet, this week the coronavirus news will only get worse.

It will get especially worse for the United States.

So what does that mean for the “markets”.

We get even more turmoil this week?

Use that fiat wisely, before it goes.

And while the gettin’s good.

‘Cause it is gonna blow.

And it will go quick.

Article written by Half Dollar for Silver Doctors