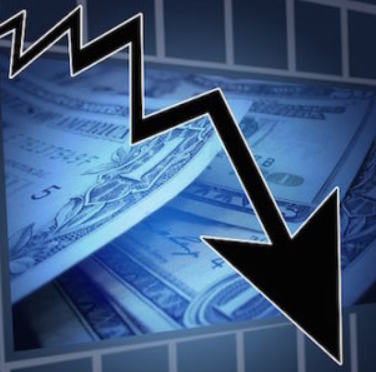 On the heels of the Dow plunging 800 and gold rallying $17, the war on gold and silver will break into spectacular pieces soon, plus a look at the continued rally in gold and why collapse is now inevitable.

War On Gold & Silver
February 27 (King World News) – Eric Pomboy:  “The war on Gold is alive and well. It will break into spectacular pieces. Soon.”

Wow
Frederick Ducrozet, Global Macro Strategist:  “Euro area banks increased long-term loans to the corporate sector by the largest amount in…12 years in January. The ECB could still ease as an insurance against any tightening in funding conditions (e.g., TLTROs), but at least credit supply is unlikely to be a problem.” (See below).

Europeans Jumping On Board The Easy Money Train
Peter Boockvar:  “Also out in Europe was the ECB loan data where total Eurozone loans to non financial businesses rose 2.6% y/o/y, the same pace as seen in the prior two months. It’s pretty lackluster considering how cheap credit it. Households responded more as loans to them grew by 3.7% y/o/y vs 3.5% in December and this is being mostly driven by mortgages which rose by 4.1% y/o/y. In response to the easy money, the ECB has now created housing bubbles in certain markets. It has gotten to the point where they are looking at recalculating their CPI figure because it currently understates the cost of housing. So we’ve had scorched earth monetary policy over the past 6 years from the ECB on a faulty and understated read of inflation. You can’t make this stuff up.”

A Continued Rally In Gold…
Ole Hansen, Head of Commodity Strategy at Saxo Bank:  “A continued rally in gold depends among other factors on a continued drop in US real yields. Currently at -0.23%, the lowest since 2013 and a key source of inspiration for hedge funds positioning as per the chart. (See below).

Gold Spiked Along With Plunge In US Real Yields

Collapse Is No Inevitable
Peter Schiff:  “The U.S. stock market was priced for perfection and didn’t get it. It is way overvalued and a bear market is long overdue. The Coronavirus is merely the straw that broke the market’s back. Now that its broken collapse is inevitable, regardless of what happens with the virus.”

Gold & Silver
Graddhy out of Sweden:  “Both are still holding their breakout. (See below).

Gold Continues To Hold Its Breakout