Did the Fed Bail out the Market Today? 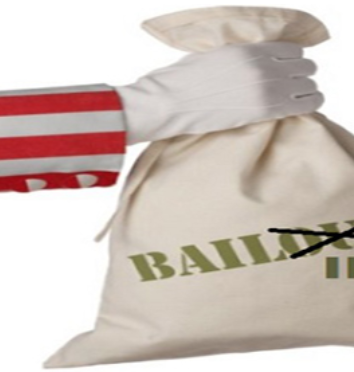 We learn by the United States Labor Department this morning that the economy took on 273,000 jobs last month.

Meantime, December and January estimates were upgraded by no less than 85,000 jobs.

Thus there is more joy in heaven.

The stock market picked up the news… and heaved it into the paper basket.

The Dow Jones hemorrhaged another 800 points by 10 a.m. The other major indexes also gave generously — again.

VIX — Wall Street’s “fear gauge,” exceeded 48 this morning. It had guttered along under 15 until late February.

In all, global equities have surrendered $9 trillion in nine days — $1 trillion each day.

Never before have global equities retreated so swiftly and violently.

Meantime, the 10-year Treasury note achieved something of the miraculous this morning…

Many were flabbergasted when yields sank to a record 1.27% low in July 2016. Yet this morning, they were nearly half.

Well and truly… these are interesting times.

Michael Every of Rabobank shrieks we are witnessing a “Black Swan-dive, as yields and stocks tumble in unison…”

“JPMorgan Says Bonds to Slump, Fueling a Return to Cyclicals.”

“JPMorgan Says Rally in Treasuries May Be Nearing Turning Point.”

May we suggest a new contrarian indicator?

The reference is to the famed 1979 BusinessWeek cover declaring “The Death of Equities.”

Of course equities embarked upon the grandest bull market in history shortly thereafter.

As Zero Hedge reminds us, most hedge funds are clients of JPMorgan. Those who took aboard its advice are presently paying. And royally.

They “shorted” longer-term bonds — betting they would fall.

If You Don’t at First Succeed…

Markets presently give 50% odds the Federal Reserve will lower rates to between 0.25% and 0.50% by April.

The central bank is already woefully unprepared to tackle the next recession. Yet it appears ready to squander what little ammunition that remains.

And Bank of America is already assuming a global recession is underway:

“[Our] working assumption is that as of March 2020 we are in a global recession.”

A global recession can wash upon these American shores.

What is the Federal Reserve to do in event it does?

It has little space to cut interest rates, as established. And purchasing Treasuries has lost its punch. Recall longer-term Treasury yields presently dip below 1%.

Additional purchases could drag yields to zero… and below.

Eric Rosengren presides over the Federal Reserve Bank of Boston.

He moans these conditions “would raise challenges policy makers did not face even during the Great Recession.”

Again, what could they do?

In a situation where both short-term interest rates and 10-year Treasury rates approach the zero lower bound, allowing the Federal Reserve to purchase a broader range of assets could be important.

… We should allow the central bank to purchase a broader range of securities or assets.

The Federal Reserve should be authorized to purchase stocks.

But Is It Already?

This Tuesday we vented the theory that the Federal Reserve has been sneakily — and illegally — purchasing stocks.

BY BRIAN MAHER for Daily Reckoning