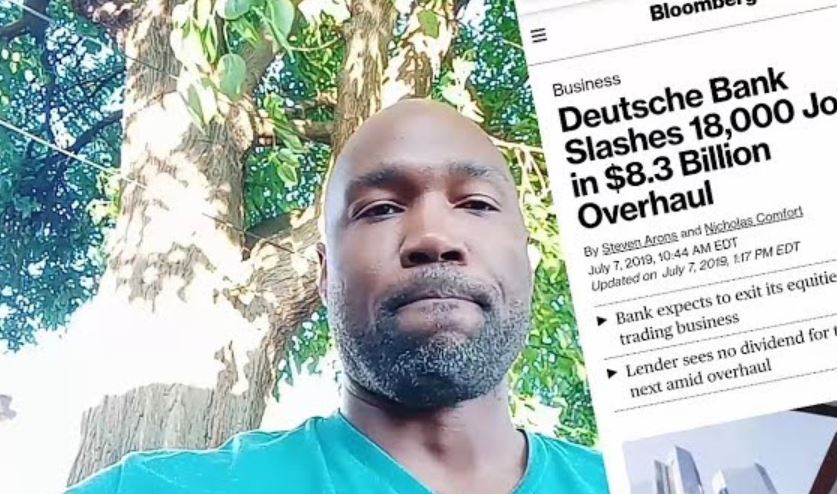 Deutsche Bank is dramatically shrinking its investment bank and retreating from operations around the world. CEO Christian Sewing described it as “faster and more radical” than previous turnaround efforts, and “nothing less than a fundamental rebuilding of Deutsche Bank.”

The bank is quitting equity sales and trading entirely, and sharply reducing the amount of capital it devotes to its bond trading business. By 2022, it will cut some 18,000 jobs, or around one in five of the workers it employs today. It will shift €74 billion ($83 billion) in risk-weighted assets into a so-called “bad bank” to run off.

In total, Deutsche Bank aims to cut costs by €6 billion by 2022, or a quarter of its current cost base. The impact of the restructuring will result in a hit of €5 billion to the bank’s earnings this year, possibly setting it up for yet another loss-making year. Dividends will be suspended in 2019 and 2020.

In the end, Deutsche Bank will focus on its operations serving businesses and clients of the private bank and asset management units. After years of false dawns in its attempt to compete globally with the big American investment banks, Deutsche Bank is definitively retrenching from the racier aspects of investment banking into safer, more stable businesses focused on Germany and elsewhere in Europe.

Haven’t we been here before? As Quartz has chronicled, successive Deutsche Bank bosses have promised a reversal of fortune on several occasions, as part of a series of turnaround plans that never seem to bear fruit. (For example, Deutsche Bank put €125 billion into a bad bank in 2012.) In the meantime, the bank’s shares have fallen by 90% from their all-time high in 2007.

Today’s restructuring plan is the most aggressive yet. Will it work? HELL NOOOOOO!!!!