Despite Pullback, Here Is The Big Picture For Gold And The World 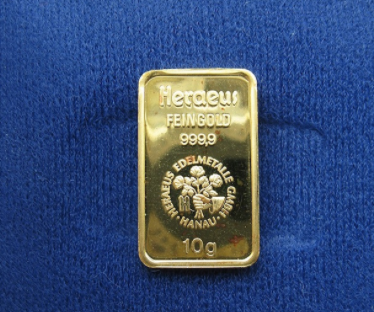 Despite the pullback, here is the big picture for gold and the world.

The Piper Must Be Paid

February 25 (King World News) – John Ing:  In the last half century, while America printed money without limitation, no one seemed concerned that the cheap dollars went offshore and that a major part of the world’s dollar deposits are today controlled by foreigners.

The market has become too complacent to recognize the full implications of this situation. Two thirds of the world’s assets are denominated in a fiat currency, issued by a country which does not seem to care that they are debasing this currency.

As America weaponizes its currency and financial system, others will seek alternatives. The world has a vote on America’s debt and the system of dollar imperialism. We believe China has already voted.

We have opined here of the concern that over the past decade, the Fed’s money-printing binge flooded the world with freshly minted dollars, that lifted the stock markets to all-time highs.

Few notice that China has been a major factor behind America’s finances. China has become a net- supplier of savings to the rest of the world as two decades of accumulated trade surpluses resulted in the Chinese owning trillions of US assets and securities. In becoming a net exporter to the US and the world, the workshop for the world, China today owns some $1.1 trillion of US Treasuries in its foreign exchange reserves which ultimately gives it a say in any new monetary order.

In the economic war with the United States, China does not need to dump its Treasuries to drive up yields, it only has to let the holdings mature or simply repatriate its funds. We believe that this is the beginning of the decline in the US dollar as China dedollarises the trade flows and in repatriating their funds, convert dollars into gold, other currencies or real assets. We consequently believe that America’s repo market collapse is linked to the repatriation of funds from America. China deals with all the major Wall Street banks and the repatriation of funds would force those banks to cash in China’s chips, resulting in a shortage of cash and the repo problem.