Democrats Have Planned a Coup If President Trump Wins Reelection 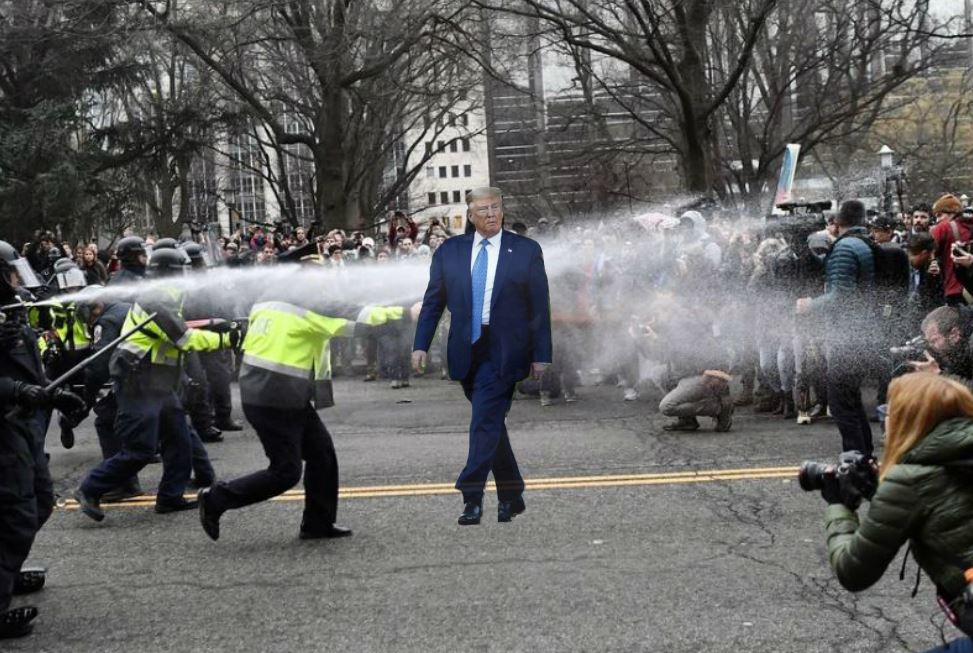 Under the pretext that President Trump will not step down if he loses reelection, Democrats and the military/security complex created the Transition Integrity Project.  The plan they have worked out is to take the presidency regardless of the vote.  Trump’s win is to be blamed on vote fraud, and Biden/Kamala are forbidden to concede their defeat.  Instead, the presstitutes will conduct a propaganda campaign against Trump alleging election fraud in order to cast Trump’s reelection in doubt.

The propaganda campaign against Trump will be conducted by assertions and fake news just as was the Russiagate, Impeachgate, and other orchestrated false charges against Trump.  The Democrats know that just like their other false allegations against Trump, the media will back them to the hilt and many dumbshit Americans will believe the lies. The presstitutes have done nothing for four years but try to discredit President Trump in the eyes of both Americans and the world.

The Democrat public-sector US Postal Union will not deliver mail-in votes for Trump from known Red areas.

If this doesn’t suffice, charges will be made that Trump had the US Postal Service not deliver millions of votes for  Biden/Kamala–charges absurd on their face as the postal union is a Democrat bastion–and searches will be sent for the missing ballots.  When the “missing ballots” are “found,” Biden/Kamala will be the winners.  Remember, the only voice here will be the anti-Trump presstitutes.  Trump will have been closed out of Twitter and TV and radio communication with Americans.

The Democrats have been gaming their planned election theft for months, and the public is being prepared for it.  For example see: https://thehill.com/homenews/campaign/515191-democrats-sound-alarm-on-possible-election-chaos?userid=439965

Here is a description of the Democrats’ plan: https://unlimitedhangout.com/2020/09/investigative-reports/bipartisan-washington-insiders-reveal-their-plan-for-chaos-if-trump-wins-the-election/

Here are the Democrats in their own words describing how that are going to pull off their destruction of American democracy: https://assets.documentcloud.org/documents/7013152/Preventing-a-Disrupted-Presidential-Election-and.pdf

From all appearances, Trump and the Republicans are going to let the Democrats have their way with them.

White Americans who vote Democrat are too stupid to justify their existence.

Many white Americans have been deracinated by decades of propaganda in the public school systems, universities, movies, and media “exposing” white evil.  Many white Americans lack the confidence to defend themselves.  These dumbshit white Americans are the ones the Democrats are counting on to sit sucking their thumbs while Democrats pull off a color revolution and overthrow an elected president.

The Democrats are organized, and the White House isn’t. Trump is isolated.  He has an establishment government that will not go to bat for him.  The Department of Justice has yet to bring indictments of the treasonous individuals in the CIA, FBI, and Democrat Party that orchestrated Russiagate. I said in 2016 that Trump did not know Washington, and therefore had no idea who to appoint to his government to help him with his assault on the Establishment.  Trump has done many things for Israel, but Jews are Democrats and it will be the Jewish owned media that discredits Trump’s reelection.

Trump’s supporters are not organized.  Trump’s own appointee to the Department of Homeland Security is about to declare Trump supporters a “lethal threat to the United States”–https://www.paulcraigroberts.org/2020/09/05/trumps-dhs-to-label-white-supremacists-as-the-most-persistent-and-lethal-threat-to-the-us-report/ .

Unless Trump wins by such a large vote that it cannot be discredited, the Democrats’ coup against Trump and American democracy will succeed.