De-Dollarization By Default Is Not What You Might Think 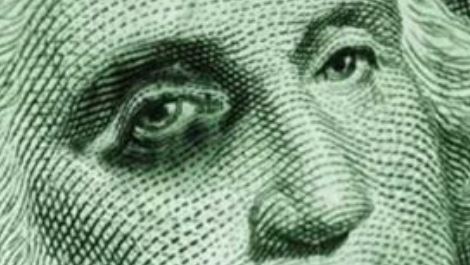 Last month, a group of central bank governors from across the South Pacific region gathered in Australia to move forward the idea of a KYC utility. If you haven’t heard of KYC, or know your customer, it is a growing legal requirement that is being and has been, imposed on banks all over the world. Spurred by anti-money laundering efforts undertaken first by the European Union, more and more governments are forcing global banks to take part.

KYC is a particularly onerous demand. Essentially a compliance function, the costs are high given the huge administrative difficulties that often amount to repetitive manual tasks in the back office. Tracking customer accounts from all over the world is easier said than done.

Making that information transmittable from one depository to the next is a nightmare.

As a result, private groups and joint ventures have been formed along with public-private partnerships, including potentially using blockchain technology. The idea is to make the chore less of one and therefore significantly less burdensome for the banking system.

And there is a fair amount of urgency to it. Not because of some worldwide crime spree which has led to an outbreak of suspected money laundering. Rather, officials all across the globe are growing worried about another perhaps related drawback far greater than criminal activity.

You probably haven’t heard anything about it, either, but the world has a correspondent banking problem on its hand.

What is correspondent banking? It is, essentially, an ad hoc network of various financial institutions who link themselves together out of necessity so as to more efficiently handle global monetary flows. You may have been led to believe that there is a SWIFT system and that’s the extent of the world’s payments infrastructure; not even close.

As always when dealing with any global monetary requirement, there has to be a deep and good-functioning foundation and substructure to handle and fluidly process the dizzying array of payments demands. A global currency system regardless of denomination is an intensive affair. In a globalized economy, moving funds around from one place to the next is essential.

The number of banks around the world participating in these correspondent networks, called corridors, however, has been shrinking since around 2011 with the pace of withdrawal picking up substantially during and after…2014.

Authorities have been largely baffled by this. No one, of course, saw it coming. When the decline accelerated into 2015, some supranational organizations decided it was time to maybe figure out what was going on throughout the banking scene. In November of that year, the Financial Stability Board (FSB) issued a lengthy report to the G20 nations.

It identified several reasons banks had given for their growing reluctance to take part here. Among them was regulations, including the costly anti-money laundering provisions that institutions were less than thrilled about tackling. To start tracking customers from bank to bank (called “open banking”) was a potential landmine on top of a nuclear detonator.

Thus, the urgency in Australia. Of all the factors the FSB had cited for the ill-health of correspondent networks, KYC was one that authorities could at least offer some direction and direct aid. Creating something like a utility such that it would theoretically offset some of those costs, so it has been hoped this will bring some institutions back into the correspondent business. Authorities don’t really know what else to do.

More wishful thinking than anything, these kinds of regulations have been more nuisances rather than full-blown roadblocks. What the banks had really said, what they found most unappealing, was that they couldn’t make any money in global money. From the FSB report:

As regards the causes of the phenomenon, authorities and local banks that responded to the World Bank point predominantly to risk appetite/profitability as the main drivers. Some noted that, after the crisis banks have tended to reassess the profitability of their business lines, customers and customer jurisdictions, partly in response to higher capital and liquidity requirements which are now increasingly charged to local business lines. [emphasis added]

Even here the FSB can’t help but cite regulations when the whole point about capital and liquidity as they relate to profitability is far, far deeper than the LCR or SLR impositions. If the opportunity existed to make money in these functions as banks once did in the pre-crisis era, they’d be falling all over themselves to hire (another) army of lawyers and lobbyists to chip away at those regulations.

Instead, they’ve decided it’s just not worth the effort. Global money is just not worth the tremendous potential risks that global banks were made all-too-aware of when Bear Stearns went under (or nearly so) for the given perceptions about any upside. Starting with liquidity risks that no QE has been able to address.

If banks can’t make money in this offshore, global space, they aren’t going to create the necessary “currency” to keep it functioning and as a further consequence, there’s less motivation to participation in the redistribution and movement of said monetary resources.

Read the rest of this article by Jeffrey P. Snider of Alhambra Investments here…