(DANGER) For The First Time Ever, The $100 Bill WILL BECOME A PROBLEM 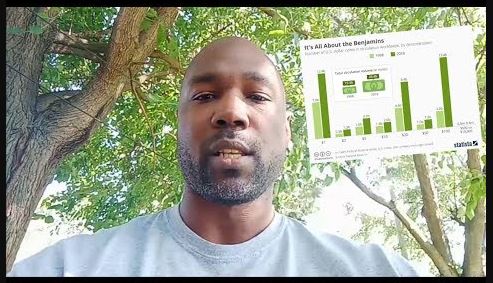 The Benjamins have outdone Washington.

The number of $100 bills in circulation surpassed the number of $1 bills for the first time, according to an International Monetary Fund report.

“There are more $100 bills circulating now than ever before, roughly doubling in volume since the global financial crisis,” the report noted.

The number of $1 bills in circulation has historically been the highest, and was followed by $20 until the Great Recession, when the $100 note overtook it in 2017.

Though some might see the increase as a sign of increasing wealth and income inequality, or the side effect of mobile payments and credit cards in reducing cash transactions, neither is the main culprit, according to the report.

Instead, it’s because the money is being held overseas. That’s going to be a big problem…