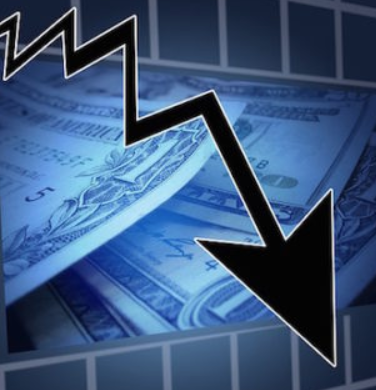 As the coronavirus spreads fear, sickness, and death, a specter haunts investors – the specter of deflation.

Despite central bankers’ attempts to push inflation rates higher, equity and commodity markets are collapsing. Inflation expectations as reflected in tanking U.S. Treasury yields, meanwhile, appear headed toward zero – and perhaps even below.

Clearly, symptoms of deflation and leading indicators of economic contraction are now manifesting in dramatic ways:

But before investors jump on the deflation bandwagon, they should carefully consider the monetary and political forces that could be deployed to reverse a whiff of deflation.

Stephen Moore – who was once floated by President Donald Trump as a nominee to the Federal Reserve Board – is now urging the Fed to reinflate the economy. “I think the Fed should be proactive. I want more dollar liquidity in the economy,” he told Bartiromo.

More rate cuts are coming – markets are currently pricing in a further 75 basis-point reduction in the Fed funds rate – and possibly some unconventional liquidity injections as well.

Meanwhile, President Trump is pitching a payroll tax cut and other fiscal stimulus measures intended to supply consumers with more cash to spend into the economy.

Once the threat of deflation becomes a top concern of central bankers and politicians, it is likely to have already run its course… or have little room left to run. Deflation scares tend to be sudden and severe but ultimately short-lived.

As an investment thesis, deflation lacks a long-term driver.

The reality is that deflation will never persist for very long while our inflationary fiat monetary system remains in place.

Obviously, there are no signs the Fed is going to close up shop anytime soon. Both Democrats and Republicans depend on it to fuel their spending and borrowing priorities. And both parties favor easy-money policies.

The old adage, “Don’t fight the Fed” is worth heeding.

The last deflation scare in 2008 led to Zero Interest Rate Policy, Quantitative Easing, and unprecedented Fed balance sheet expansion. A generational buying opportunity emerged in U.S. stocks. While most on Wall Street expected a bear market rally, few predicted a massive bull market that would last for over a decade.

Initially, all asset classes rose out of their 2008-2009 bottoms. Commodities and precious metals, which had delivered standout gains in the years leading up to the 2008 financial crises, resumed leadership into 2011.

As gold and silver topped out in 2011, the U.S. stock market became the prime beneficiary of monetary expansionism in succeeding years.

Today investors seem convinced that once the Wuhan virus crisis abates, the S&P 500 will bounce back and become the place to be for years more to come.

More likely, the current turmoil in markets – and the central bank response – will effect markets in ways that stock market bulls aren’t expecting.

One surprising development currently taking place is that instead of serving as a traditional safe haven, the U.S. dollar is actually dropping precipitously verses foreign currencies. Consequently, foreign developed and emerging markets are often falling less drastically in dollar terms during big down days than U.S. stocks are.

Meanwhile, the strongest currency in 2020 has been gold – up better than 10% for the year. One of gold’s most under-appreciated functions is that of a deflation hedge. When risk assets are being liquidated, an ensuing flight to quality includes gold and Treasuries.

U.S. government bonds have performed spectacularly in 2020. In fact, bonds have been in a super-cycle bull market for nearly 40 years!

In recent years, many bond skeptics have prematurely called a top. But with rates across the entire yield curve plunging below 1% this week, we are now getting close to the point where it will become mathematically impossible to milk bonds for the kind of returns they have delivered in the past.

There is asymmetric downside risk to bondholders given the possibility that inflation fears reemerge. The real losses on 30-year bonds bought with a yield 0.9% would be staggering if inflation merely averages the Fed’s target rate of 2% over that period.

With the bond bubble having little room left to expand and potentially nearing a prick that will burst it… and with a stock market bubble potentially having just burst, where will investors find the next great bull market?

Perhaps in asset classes that have been depressed for many years. No asset class has been more beaten up for longer than commodities. Narrowing down to the precious metals space, it’s hard to find any market more undervalued than silver.

The white metal is now historically cheap versus gold – selling recently at its largest discount to gold (1/98th the gold price) since 1991. This in part reflects how lopsided the deflation trade has become. Unlike gold, silver is more of a pure play on inflation.

When the powers that be finally succeed in staving off the deflation threat with inflationary injections of fiat currency into markets and pocketbooks, new investment trends will take hold. The coming inflation will lift hard assets in general – and could launch silver explosively higher in particular.

by: Stefan Gleason for Money Metals