Could You Put Your Entire Life On Hold For 3 Months? 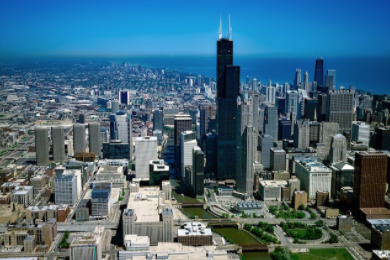 – How Long Till We Begin Witnessing Troops On The Streets Of America?

As we’ve reported numerous times on ANP since the beginning of the coronavirus pandemic, following the rapid spread of the virus in Wuhan, China, authorities there resorted to some of the most draconian measures imaginable in a failed attempt to stop the spread of the virus and with a recent genetic analysis of the virus suggesting that infections double every 6 days and a New York emergency room doctor suggesting there’ll be thousands of confirmed cases in the US by next week, it’s beginning to look like COVID-19 will be part of the ‘globalists end game’, used to roll out a new digital financial system with the World Health Organization recently suggesting people go cashless because coronavirus can be spread by banknotes.

While those ANP stories  condemned China for their brutality, forcing people off of the streets and into forced quarantines, thus ending their lives as they knew them, we also have suggested that the way China has been handling this virus helps to show that we’re not being told the truth about it, adding more evidence that it really is a biological weapon as Dr. Francis Boyle has warned. Yet while China immediately cracked down upon infected people, forcing them into quarantines, we’ve witnessed the exact opposite here in the US and that could lead to major problems shortly down the road with who knows how many infected Americans spreading the disease to others.

With Boris Johnson in the UK gathering his Cabinet to form a ‘coronavirus battle plan’ as the Daily Mail reports and that ‘plan’ potentially including troops on the streets and Britons being forced to ‘put their lives on hold for 3 months’, would you be able to ‘put your lives on hold for 3 months’ if such a ‘plan’ came to America? And with ‘troops on the streets’ to enforce this ‘quarantine’, doesn’t that sound like ‘medical martial law’?

We hope that all of our readers are preparing themselves for what is coming because if President Trump and the US are forced to follow a ‘similar battle plan’ here in the US to contain the spread of the viruses as more and more people start collapsing in the streets, nothing may ever be ‘normal’ again.

As we had previously reported on ANP, one of the very odd things surrounding the coronavirus outbreak in China were the many videos of people walking along normally before collapsing suddenly in the streets and we warned that once videos like that started coming out in America, people would begin to get a better picture of the full nature of what we’re dealing with. And now, videos have emerged from Flushing Meadows, New York of a man who was wearing a face mask collapsing in the streets as this story at The Sun reports.

And while as of this moment, they hadn’t pinned his collapse on him having the virus, with doctors warning of potentially thousands of cases in the US within a week and this virus now fully unleashed in the US with no way for the CDC or medical authorities able to trace all cases, Americans better be prepared for a full-fledged pandemic in the streets of America.

(ANP FUNDRAISER! Following Susan Duclos’ heart attacks and hospitalization, All News Pipeline will need some financial help in the months ahead. So if you like stories like this, please consider donating to ANP to help keep us in this ‘Info-war’ for America at a time of systematic censorship and widespread corruption.)

Just days ago we published this story on ANP titled “Are Coronavirus Re-infections Being Caused By A Second, Bio-weaponized & Mutating Virus Distinct And Different Than COVID-19? Would Authorities Tell Us If It Were? ‘Coronavirus’ Is Re-infecting Far Too Many With Deadly Consequences” within which we warned that there were signs of two different viruses and now the Daily Mail reports that a study done by researchers in Bejing and Shanghai has found there are two different strains of this virus.

Naming the two strains the ‘S’ strain and the ‘L’ strain, their story reports that approximately 70% of those infected are getting the ‘L’strain, a much more aggressive and deadly disease that mutated from the ‘S’ strain. Considered to be faster-spreading and causing worse illnesses than the original strain, as Dr. Francis Boyle had recently told ANP, this virus constantly mutating is just one reason a vaccine will never be able to be effectively created, with Dr. Boyle warning ANP any such vaccine would likely be more dangerous than just being completely useless.

By Stefan Stanford – All News Pipeline