Could America Survive A Truth Commission? 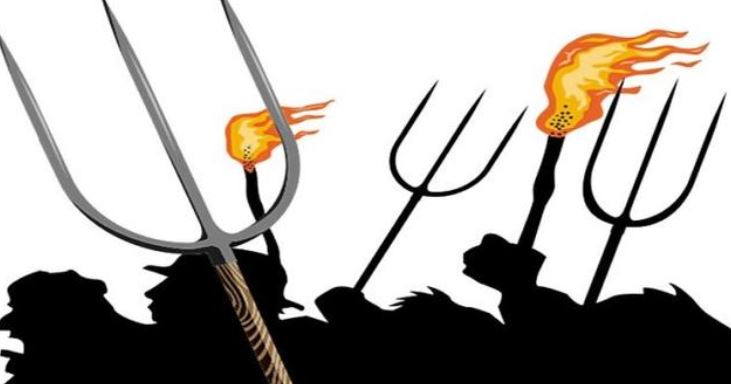 A nation that’s no longer capable of naming names and reporting what actually happened richly deserves an economic and political collapse to match its moral collapse.

You’ve probably heard of the Truth Commissions held in disastrously corrupt and oppressive regimes after the sociopath/kleptocrat Oligarchs are deposed. The goal is not revenge, as well-deserved as that might be; the goal is national reconciliation via the only possible path to healing: name names and tell the plain, unadorned truth, stripped of self-serving artifice, spin, propaganda and PR.

Is such a stripped-of-spin truthful account of names and events even possible in the U.S.? Sadly, there is precious little evidence that a Truth Commission in the U.S. would be anything more than a travesty of a mockery of a sham, a parade of half-truths, misdirections, falsehoods and fabrications, all aimed at one goal: protecting the powerful from the consequences of their decisions and actions.

Sadly, we’ve lost the capacity to simply tell the truth: everything, and I mean everything, is crafted to protect the guilty, polish the putrid decay of legalized looting, defraud the unwary, ease the most venal, power-mad sociopaths into positions of unparalleled power, sell low-quality goods and services nobody needs or would even want if the marketing weren’t so Orwellian, persuade debt-serfs to borrow more and bamboozle voters into further enriching the few at the expense of the many.

The truth is no match for greed is good and don’t be evil, unless it’s incredibly profitable, in which case, go for it but cover your tracks (here’s looking at you, Big Tech). Outrage is reserved for whistleblowers who name names and reveal the sordid truths that the status quo has expended the nation’s treasure to protect from the light of day.

This is the pathetic state of America: our outrage is reserved for those telling the truth, not for the legions who lie, cheat, steal and prevaricate to conceal the truth at all costs.

The so-called gatekeepers are all corrupt and self-serving, minions of the Intelligence Community, corporate overlords, billionaires or the interest groups that fund their studies, departments, think tanks and “research” (the conclusions are established first and the “research” follows accordingly).

Who has earned our trust by refusing to toe the line of an approved narrative? Who’s left who isn’t blinded by hatred, bought off by billionaires or fearful of retribution from America’s disastrously corrupt and oppressive regime, rightfully fearing being fired, demoted, marginalized, demonetized, disappeared from public view via being de-platformed or permanently disappeared via “accident” or “suicide”?

We’ve been so jaded by all the lies, all the legal looting, all the rigged statisics, and yes, all the convenient “accidents” that we no longer trust anyone to simply report the names and events. We now assume that everyone has an axe to grind and is likely being handsomely rewarded to sharpen the axe without appearing to do so too blatantly.

A nation that’s no longer capable of naming names and reporting what actually happened richly deserves an economic and political collapse to match its moral collapse. A nation whose only reliable purpose and goal is to protect the powerful from consequences, no matter what the consequences of that corruption might be, is nothing but a hollow shell begging for one good kick to send it tumbling into the abyss.