Coronavirus Buyonavirus: This Stock Market’s All About The Record Highs! 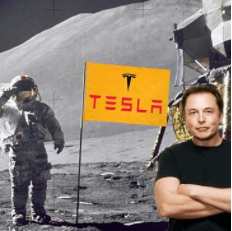 I’m not sure if this is funny?

Recall that days ago, Apple shut down every single store and office in China (via Business Insider):

That article was from February 1st.

Here’s some of what’s inside that article:

Apple on Saturday announced that it was temporarily closing all of its stores and offices in China as the nation copes with the ongoing spread of the Wuhan coronavirus, which has so far killed at least 259 and infected nearly 12,000, mostly in China.

According to a report from CNBC, the stores in mainland China will be closed for about a week until February 9.

Side Note: that article was from Feburary 1st, and here’s a snapshot of the Johns Hopkins tracker at 8:05 a.m. EST on February 5th:

The deaths in China have nearly doubled in just four days, and the number of infections has indeed doubled.

Here’s a question: Is it possible the “temporary closings” lasts throughout the entirety of February?

What if the closings last through March?

But it’s not just Apple’s offices and retail stores that are shutdown.

It’s also the factories that manufacture parts and finished products for Apple.

For example, Foxconn, a manufacturer of smartphones for Apple,  is shutdown.

TAIPEI (Reuters) – Foxconn could see a “big” production impact and shipments to customers including Apple face disruption if a Chinese factory halt due to the coronavirus outbreak extends into a second week, a person with direct knowledge of the matter said.

Taiwan’s Foxconn (2317.TW), which makes smartphones for Apple (AAPL.O) and other brands, has halted “almost all” of its production in China after companies were told to shut until at least Feb. 10, the source said, adding that an extension of the stoppage could disrupt shipments to clients including Apple.

Here’s a quick question: If a consumer is in the market for a new smartphone, and Apple availability is not that great, or if iPhones are selling above Apple’s retail price, then is it not possible that consumers look at other options?

Side note: For those who doubt that even iPhones could sell above the already arguably expensive retail price, just research what happened to computer graphics cards during the 2017 Bitcoin surge.

In a just in time inventory system, things can get expensive very quickly.

And yet, despite the Wuhan Coronavirus pretty much affecting any and all aspects of Chinese life right now, what do we see?

A record high stock market in the United States:

Apple is listed on the already tech-heavy Nasdaq.

Notice a trend here, too?

The Nasdaq is at record highs, and yet all of the high tech manufacturing of, well, high tech, is being, at the very least, severely disrupted.

Of course, under the surface of the Nasdaq, we see sheer madness.

Tesla is listed on the Nasdaq, and it’s gone full parabolic.

Which goes to show you the stock market, using the Nasdaq as the reference in this example, is rising based on pure insanity right now.

Dave Kranzler and I discussed this yesterday, so please do check out the replay if you haven’t seen it already.

The stock market and Tesla are, in fact, the first things we talk about:

And since YouTube is trying to demonetize this one too (I’ve requested a “manual review”), rest assured those 33 minutes are well worth your time.

And as a reminder, Silver Doctors Live is at 11:00 a.m. EST today, Wednesday, February 5th.

The VIX has temporarily subsided:

I’m thinking it will really start spiking soon, however, and possibly even again today.

I say that, in part, because the CDC is supposed to update its Wuhan Coronavirus tracker today:

My gut is telling me the Wuhan Coronavirus is a big deal, and that’s a big deal in and of itself because I’m skeptical of everything, though I admittedly haven’t gone down too many rabbit holes on this, and the ones I have gone down, well, let’s just say I haven’t gone down them very far, so if there’s a pop in the total number, the number of infections, an increase in states with confirmed infections, or something like that, then the markets could get spooked again very quickly.

For now, the mainstream narrative is it’s “risk on”, so yield on the 10-Year Note has popped:

Interestingly, today we supposedly get the details about the brand new US 20-Year Bond, because, well, the US doesn’t have enough T-Bill, Note and Bond offerings already, and besides, how else are we going to borrow our way into oblivion without selling any and every time horizon under the sun?

The dollar is still it it’s topping pattern:

It’s choppy, and ugly as all heck, but it sure looks like the dollar is rolling over here.

Palladium may be about to start moving again:

What we are seeing in palladium is the physical market taking over.

I’m sure the cartel would love to paint a right shoulder on platinum’s daily chart:

I’m not so sure however, especially since gold & silver have been consolidating for a while now.

Gold has been consolidating and building a base at $1550:

Notice how quickly the RSI has retreated from “overbought” conditions?

I still think silver can turn up at any moment:

The fundamentals for silver just get better and better by the day.

The gold-to-silver ratio may have started its plunge:

Congratulations for anybody who sold gold for silver at a ratio of 90!

Finally, the commodities are telling us that this Wuhan Coronavirus is indeed a big deal.

Copper is down over 13% peak-to-trough:

So far the double-bottom is holding.

Crude oil, however, posted a 40-handle:

Bottom line as we find ourselves here this beautiful Wednesday in early February of 2020?

I agree with those who say the MSM is downplaying the Wuhan Coronavirus.

If the pandemic threat is real, then it’s barely now just getting started.

Yet Trump’s stock market surges once again to record highs!

And the Fed keeps the spigot flowing with liquidity.

“Public health” in the US is a disgrace.

Politicians in Washington are too.

And so is our central bank.

Guess I found the word.