“Coronavirus Anxiety” Is Running Rampant All Over America, And This Could Be Only Just The Beginning… 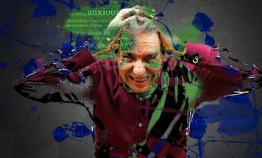 All across the United States people are getting really stressed out about COVID-19.

Every effort to contain the virus has failed, cases have started to pop up all over America, and the latest numbers show that it is 34 times more deadly than the flu.  And what makes this particular coronavirus even more frightening is the fact that it is so easy to catch.  You can become infected simply by breathing in the air around you, it can live on solid surfaces for days, and some victims can carry it around for weeks before ever showing any symptoms.  As this virus continues to spread, literally no public place will be safe, and that is really freaking a lot of people out.

But so far only 12 Americans have died from the virus.

If thousands start dying in this country, what is our national mood going to be like at that point?

Already, the level of stress that we are witnessing is very alarming.  The following comes from an NPR article about the “national anxiety” that we are currently experiencing…

And, as the coronavirus spreads, our unanswered questions can make us feel vulnerable or fearful. “Will it come to my community” or “Am I at risk?’

“We’ve got national anxiety at the moment, a kind of shared stress, and we are all in a state of extreme uncertainty,” says Catherine Belling, an associate professor at Northwestern University, Feinberg School of Medicine, who studies the role of fear and anxiety in health care.

Of course there are very good reasons to be concerned about this virus.

More than 3,000 people have already died around the world, and the horrors that we have seen elsewhere on the globe are starting to happen here.

And with each startling headline, the level of anxiety is going to go higher.

All of a sudden, large numbers of Americans are extremely afraid to touch each other or anything around them.  The following comes from a Washington Post article entitled “Coronavirus anxiety is everywhere, and there is no cure”…

America this week began to consider the existential threat of a doorknob. The horror of a touch-screen in the self-checkout lane. The inescapable doom that accompanies any trip on public transportation. The realization of how much, exactly, we all touch our faces each day: constantly.

Last week, you pressed elevator buttons with abandon. You weren’t afraid of the free weights in the gym. You washed your hands for barely enough time to say “Happy Birthday” once, let alone sing it twice.

This outbreak has already radically altered the behavior of millions of Americans, and we are probably still only in the very early chapters.

Fear of this virus is also causing many of us to stockpile supplies like crazy.  Just check out the following numbers from Nielsen…

Fears about a worsening coronavirus outbreak have led shoppers in the U.S. and other hard-hit countries to begin stocking up on supplies to fill “pandemic pantries,” a new report from Nielsen suggests.

If this outbreak continues to intensify, it is inevitable that shortages will begin to emerge.

So if there is something that you need to purchase, you should go get it as soon as you can.

Each new day brings more shocking revelations.  On Wednesday, we found out that the number of confirmed cases in New York has risen to 11…

Another family in New York has been confirmed to have the coronavirus, Gov. Andrew Cuomo tweeted this afternoon.

The family from New Rochelle is believed to have been in contact with the 50-year old attorney, who has since been hospitalized. The attorney and his family were confirmed to have the virus earlier today.

This brings the total number of confirmed cases in New York to 11.

Sadly, Governor Cuomo is expecting many more cases to pop up, and he told the press that trying to contain this virus “is literally like trying to stop air”…

“This is literally like trying to stop air, because somebody sneezes, it’s respiratory and it’s inevitable that it will continue to spread,” Cuomo told reporters Wednesday afternoon.

Earlier in the day, Cuomo said there “were going to be many, many people who test positive.”

On the other coast, six new cases were just confirmed in Los Angeles…

As the U.S. death toll hit 11 Wednesday, Los Angeles Mayor Eric Garcetti and county officials declared states of emergency and announced six additional cases of the deadly coronavirus that has health officials around the world scrambling for answers.

More than 130 cases have been confirmed across the nation. Los Angeles had confirmed just one before Wednesday’s announcement.

Alarmingly, one of the newly confirmed cases was a medical screener at LAX…

A medical professional who conducted passenger screenings at Los Angeles International Airport tested positive for the coronavirus late Tuesday, according to the Department of Homeland Security and an internal email obtained by NBC News.

The person last worked screening air travelers for illness on Feb. 21, DHS said in a statement, which also said the medical professional had worn the proper protective gear while working. The internal email described the person as a “contract medical screener” for the Centers for Disease Control and Prevention.

Just like we have seen in China, medical professionals in the western world are catching COVID-19 despite attempting to take proper precautions.

That just underscores how easily this virus passes from person to person.

As this outbreak continues to intensify, it is probably inevitable that some pretty extreme measures will be taken to get it under control.

In fact, we are already seeing college basketball games get canceled…

Chicago State became the first Division I men’s basketball program to cancel games due to the coronavirus outbreak, announcing on Tuesday the decision not to travel to Seattle University on Thursday or Utah Valley on Saturday.

The University of Missouri-Kansas City declared Wednesday the Roos men’s team would not travel to Seattle for its Saturday contest against the Redhawks.

Italy announced Wednesday it will temporarily close all its schools and universities as the country continues to grapple with a surge in coronavirus infections, according to new reports.

Those closures will begin Thursday and last until mid-March, CNBC reported.

Can you imagine if that happened in the United States?

Of course the kids would love it, and considering the overall quality of the education in our public schools they wouldn’t miss much anyway.

Even before this outbreak started, we were living at a time of great uncertainty, and this virus has certainly taken things to an entirely new level.

We still don’t know if this will become a true global pandemic that will kill millions of people, but many prominent voices are acknowledging that it is definitely a possibility.  The following comes from Piers Morgan…

Should it become a global pandemic, as many experts now fear, then the consequences could be devastating. In 1918, the H1N1 ‘Spanish flu’ virus killed between 50-100 million people.

Tech titan Bill Gates, who spends much of his time and money combatting diseases with his charitable foundation, said: ‘In the past week, coronavirus has started behaving a lot like the once-in-a-century pathogen we’ve been worried about.’

If COVID-19 does kill millions of people, it will cause fear on a scale that most of us would not even want to imagine right now.

Thanks to social media, information can spread across the globe in a matter of minutes.  There is no way that global authorities will be able to keep the general public calm if things get bad enough, and health systems in the western world will be absolutely overwhelmed as multitudes of sick people swamp the hospitals.

Let us pray that such a scenario does not materialize.