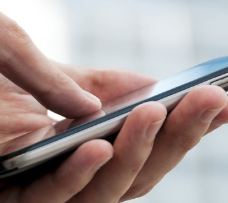 One major threat to the recovery in global growth this year is the coronavirus outbreak that is centered around Greater China.

The World Health Organization (WHO) has now labeled the deadly virus a global health emergency as more than 902 people have died, surpassing all of SARS (813) in just three weeks.

Global confirmed cases hit 40,544 in China and 382 offshore on Sunday. The WHO Director-General warned: “we may only be seeing the tip of the iceberg” when it comes to the outbreak.

The virus poses a significant economic risk to the Chinese economy amid 400 million people quarantined, dozens of cities on lockdown, shuttered manufacturing hubs, and a collapse in retail and tourism. We’ve also noted that complex supply chains in and out of China have been severed, which will lead to an economic shock felt around the world in the coming weeks and or months.

One significant disruption that is becoming all too obvious at the moment, which Qualcomm warned last week, is that coronavirus has disrupted the smartphone industry.

A new report, according to Reuters, details China’s smartphone sales could plunge upwards of 50% in 1Q, as retail phone stores and production of semiconductors/smartphones remain closed.

“Vendors’ planned product launches will be canceled or delayed, given that large public events are not allowed in China,” research firm Canalys said in a note.

“It will take time for vendors to change their product launch roadmaps in China, which is likely to dampen 5G shipments.”

While Canalys expects China’s smartphone shipments to halve this quarter, International Data Corporation (IDC) expects shipments to drop by about 30% for the period.

TrendForce Corp. said Apple could see a 10% decline in iPhone sales in 1Q, from 45.5 million to about 41 million units.

We’ve noted, in the last several weeks, that if factories cannot resume production early this week and have full production by the end of the month, shortages would develop and hit the largest brands in the world, such as Apple iPhone and AirPods.

The one sector with the most exposure to Greater China and Asia Pacific is also the sector that has outperformed the most in recent months: Tech.

Ample Fed liquidity has made Wall Street blind as a bat when it comes to recognizing the unraveling of complex supply chains in Asia, and the slowdown in global growth.

The V-shape recovery in global growth could be more like a U-shape or continuation to the downside for 1H20 – as it appears, coronavirus will stick around for the immediate future.