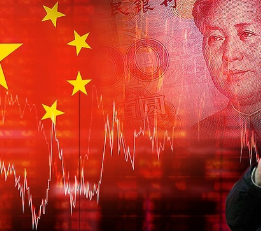 Chinese President Xi Jinping finally made a public statement about the rapid, uncontrolled spread of the Wuhan coronavirus over the weekend, and it wasn’t optimistic.

As reported by the South China Morning Post and republished by POLITICO, Xi made an “unprecedented” teleconference call that was open to every county government and military unit throughout the country to discuss the seriousness of the outbreak.

He said the epidemic was “the fastest spreading, with the most infected and was the most difficult to prevent and control” since the founding of the People’s Republic.

“This is a crisis for us and it is also a major test,” he said, acknowledging that the country needed to learn from the “obvious shortcomings exposed” in its response, so it could improve its ability to handle future crises.

While he also said that, essentially, the Communist government has everything under control, the scale of his announcement — to every governing and military entity in China — undermines that confidence.

And it should, because by all indications, the virus is not only taking its toll on the population, it is dismantling the world’s No. 2 economy, sector by sector.

As The Epoch Times reported late last week, for example, sales of Chinese passenger vehicles has tanked a whopping 92 percent “on an annual basis the first 16 days of February,” according to the China Passenger Car Association.

Sales of passenger vehicles only amounted to 4,909 units during the first 16 days of the month, the organization reported, which fell from 59,930 vehicles sold over the same period a year ago. These are the first figures to demonstrate just how hard the Wuhan coronavirus is hitting the world’s largest auto market.

Because of quarantines and other strict measures meant to control the movement of the population, car sales and other economic activity are way down. But car sales have essentially tanked completely.

Largest car market in the world is virtually shut down

In all, analysts with the group say that China’s automobile sales will probably be off by more than 10 percent during the first half of 2020, and that’s only if government health officials manage to bring the epidemic under control by April. If that happens, car sales will still be off by at least 5 percent year-over-year from 2019, the country’s top auto industry body, the China Association of Automobile Manufacturers (CAAM), told Reuters last week.

Like the company Carvana in the U.S., a company called Geely in China has launched a service where consumers can purchase vehicles online and have them delivered directly to their homes, thus alleviating the need for citizens to expose themselves to traditional car dealerships.

Other carmakers like Mercedes-Benz and Tesla, meanwhile, are beginning to promote online fairly heavily, a pace that has quickened as the virus spread beyond Wuhan City, were it originated, and authorities warned people to stay out of public places to avoid being exposed.

Geely said consumers could customize their vehicles on the company’s website. In addition, the company will arrange for test drives where representatives will meet customers at their homes so they don’t have to come into a dealership.

Geely also said its February production fell by two-thirds because workers were sidelined at home and could not report. The company claims that about 90 percent of workers are slated to return by month’s end, but we’ll see.

The virus might have something to say about that.