China New Space Deal: The Establishment of a $10 Trillion Economic Zone From Earth To The Moon 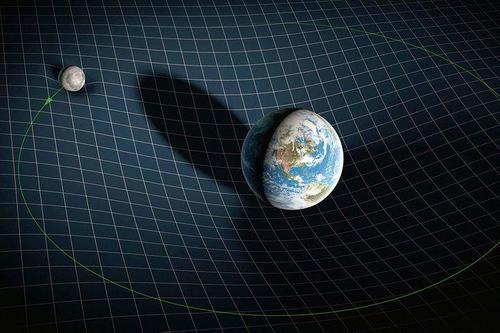 … Beijing’s next project to boost commerce is more ambitious than anything seen on earth before. Literally.

According to the Global Times, China plans to establish an Earth-moon space economic zone by 2050, which is expected to generate $10 trillion worth of services per year. The zone will cover areas of space near Earth, the moon and in between.

Perhaps because by 2050 all of China will be one giant free trade zone (even though the US Trade war will still not be over), the proposed zone will cover areas of space near Earth, the moon and in between, Weimin said, adding that companies involved in basic industries, application exploration and development will feature at the zone, which will focus on three key fields: interspace transport, space resource detection and space-based infrastructure.

In a report on developing earth and moon space, Bao shared his thoughts on the economic potential in this field and pledged that the country would study its reliability, cost and flight-style transportation system between the Earth and moon, The Science and Technology Daily reported Friday.

He pledged to complete basic research and make a breakthrough on key technologies before 2030 and establish the transportation system by 2040.  By 2050, China could successfully establish an earth-moon space economic zone, he said.

In other words, while the US contemplates a Green New Deal, China is set to counter with a “Space New Deal”, which would likely cost tens of trillions too.

As the Global Times notes, many Chinese netizens were “thrilled” by the news, with some saying that “if I can catch a flight to the moon during the rest of my life, I would die without any regrets.”

An aerospace scholar told the Global Times that by exploring earth-moon space, China can gain a lot, such as developing the space travel industry or conducting experiments on the moon.

As early as 2016, Zhang Yulin, then deputy commander-in-chief of China’s manned space program, told media that they had plans to explore Earth-moon space.

In May 2018, China launched a relay satellite to set up a communications link between the Earth and the then planned Chang’e-4 lunar probe, which accomplished the first-ever soft landing on the far side of the moon in January. Chinese scientists and engineers hope the Queqiao satellite will form a communications bridge between controllers on Earth and the far side of the moon.

Aerospace fans predicted that the plan will accelerate many important projects, including the Long March-5 carrier rocket, China’s largest launch vehicle, which is expected to be used to send the Chang’e-5 probe in 2020 to bring moon samples back to Earth, and China’s heavy-lift carrier rocket, the Long March-9, which is expected to make its first flight around 2030 and will support manned lunar exploration, deep space exploration and construction of a space-based solar power plant.

According to Yicai Globa, China will strive to complete its basic research in these fields by 2020, make breakthroughs in key technologies by 2030, and have a robust, low-cost space transport system in place by 2040 in order to make the zone a reality.

Needless to say, between the US “Green New Deal”, and China’s “Space new Deal”, US and Chinese money printers will be on overdrive for the next several decades, working dilligently to inflate away the world’s record debt load and in the process destroy the world’s two most important fiat currencies.