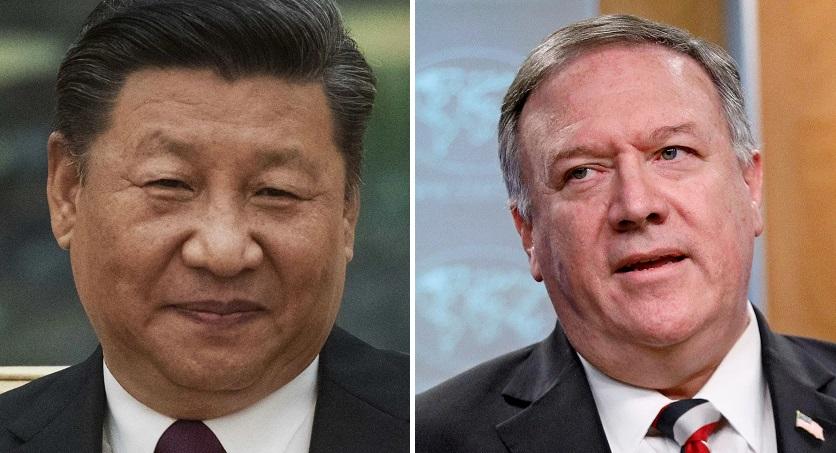 China has denied a request by US Secretary of State Mike Pompeo to grant international inspectors access to labs in order to assess whether dangerous pathogens might be accidentally released, according to Fox News.

The request comes amid a US investigation into whether the Wuhan coronavirus escaped from the Wuhan Institute of Virology, where they were conducting a host of experiments on bat coronavirus – and had collected bats in a cave over 1,000 miles away in Yunnan which carried COVID-19.

“There are multiple labs inside of China that are handling these things,” Pompeo said on Wednesday at the State Department. “It’s important that those materials are being handled in a safe and secure way such that there isn’t accidental release.”

“Any objective person will see that some U.S. politicians have been peddling lies that discredit China’s anti-epidemic efforts to fuddle people’s minds and deflect attention from the fact that they fell short of fulfilling their own anti-epidemic responsibilities,” said Chinese Foreign Ministry spokesman Geng Shuang on Thursday in response to Pompeo’s call for inspections at the Wuhan Institute of Virology and other Chinese labs studying coronaviruses and other pathogens.

Beijing has refuted claims that COVID-19 originated in a laboratory. Intelligence operatives have begun gathering information about the Wuhan lab and are piecing together a timeline of the events following the outbreak.

U.S. officials told Fox News they have ruled out the possibility of a man-made coronavirus to be used as a bioweapon. Instead, they believe it was part of China’s attempt to demonstrate that its efforts to identify and combat viruses are equal to or greater than the capabilities of the United States,

Some officials believe China purposefully covered up the virus and that the World Health Organization (WHO) is complicit. President Trump took aim at the WHO over its role in the crisis and announced last week that the U.S. will halt all funding to the group, saying it had put “political correctness over lifesaving measures.” –Fox News

On Wednesday, Pompeo told “The Ingraham Angle” that the World Health Organization (WHO) had dropped the ball in helping the United States gather critical data from China.

“Look, we know it began at one [lab], but we need to figure this out,” he said, adding “There’s an ongoing pandemic. We still don’t have the transparency and openness we need in China.”