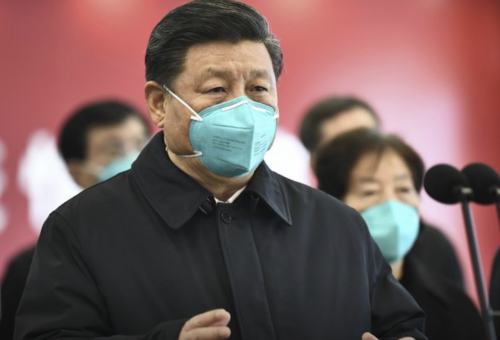 The last few days have exhibited some of the most intense sniping between President Trump and the American media, as the media – via reports in WaPo and NYT – goes all-in on the “Trump screwed up” narrative, while President Trump hews to the “it was a perfect response” counternarrative.

In reality, the truth is somewhere in the middle. But increasingly, more and more evidence being reported in the western press – by mainstream outlets like the AP, as well as the newspapers mentioned above – appears to suggest that suspicions about China’s deceptions have proven true. The notion that Chinese officials ‘reacted slowly’ or ‘dragged their feet’ isn’t accurate. It looks more like Beijing knew what they were dealing with right away, but decided to withhold that information from the Chinese people and the international community because – because, why, exactly?

It’s not exactly clear. By failing to act right away, Beijing passed on a chance to cut the global case total by as much as two-thirds, according to some models cited in an AP report. As for why Beijing might have purposefully allowed a pandemic to blossom, well…that should be abundantly clear by now.

In a bombshell report that exposes not just Beijing’s lies, but the WHO’s complicity in those lies, the AP obtained documents allegedly proving that President Xi and the leadership were aware of human-to-human transmission and the potential for a pandemic six days earlier than previously believed.

And instead of acting, they chose to sit on their hands, allowing the virus to continue spreading freely in Wuhan until Jan. 20, when President Xi delivered his first warning to the public.

“This is tremendous,” said Zuo-Feng Zhang, an epidemiologist at the University of California, Los Angeles. “If they took action six days earlier, there would have been much fewer patients and medical facilities would have been sufficient. We might have avoided the collapse of Wuhan’s medical system.”

That’s not all. Some experts believe that the CPC leadership did act during the six day lag, taking subtler steps to erect more mitigation efforts, while waiting to inform the public to avoid “mass hysteria.”

Given the fact that Beijing managed to leverage the Red Army and close down half of the largest country on Earth, something tells us the public reaction to news of the virus – and the government’s heavy handed efforts to contain it – wasn’t high up on the Party’s list of concerns.

What’s more, the report suggests that the government essentially bullied doctors into silence, something that Beijing has vehemently denied, despite the death of Dr. Li Wenliang, a doctor who was punished for warning about the virus, then died fighting it, becoming a symbol of Beijing’s mishandling of the outbreak.

“Doctors in Wuhan were afraid,” said Dali Yang, a professor of Chinese politics at the University of Chicago. “It was truly intimidation of an entire profession.”

And they might have waited longer, even, if the first international confirmed case, found in Thailand on Jan. 13, didn’t force the Chinese government to act.

Still, the fact that China lied – and continues to lie – can no longer be disputed, even as Beijing assured the AP that they reported the outbreak to the WHO as soon as they were aware.

The meat of the documents, which were provided to the AP by an anonymous source, involves proof of a call involving President Xi, Premier Li Keqiang and Vice Premier Sun Chunlan – three of the most senior party leaders – and the leader of the NHC. During the call, the director shared evidence of H2H transmission (this is nearly a week before it was publicly confirmed) while discussing other topics that weren’t recorded in the document.

In the end, who knows what was said. What we do know is that the Chinese government took more steps to prepare for the outbreak, while continuing to play the risks down in public.

The documents show that the head of China’s National Health Commission, Ma Xiaowei, laid out a grim assessment of the situation on Jan. 14 in a confidential teleconference with provincial health officials. A memo states that the teleconference was held to convey instructions on the coronavirus from President Xi Jinping, Premier Li Keqiang and Vice Premier Sun Chunlan, but does not specify what those instructions were.

“The epidemic situation is still severe and complex, the most severe challenge since SARS in 2003, and is likely to develop into a major public health event,” the memo cites Ma as saying.

The National Health Commission is the top medical agency in the country. In a faxed statement, the Commission said it had organized the teleconference because of the case reported in Thailand and the possibility of the virus spreading during New Year travel. It added that China had published information on the outbreak in an “open, transparent, responsible and timely manner,” in accordance with “important instructions” repeatedly issued by President Xi.

The documents come from an anonymous source in the medical field who did not want to be named for fear of retribution. The AP confirmed the contents with two other sources in public health familiar with the teleconference. Some of the memo’s contents also appeared in a public notice about the teleconference, stripped of key details and published in February.

Under a section titled “sober understanding of the situation,” the memo said that “clustered cases suggest that human-to-human transmission is possible.” It singled out the case in Thailand, saying that the situation had “changed significantly” because of the possible spread of the virus abroad.

“With the coming of the Spring Festival, many people will be traveling, and the risk of transmission and spread is high,” the memo continued. “All localities must prepare for and respond to a pandemic.”

In the memo, Ma demanded officials unite around Xi and made clear that political considerations and social stability were key priorities during the long lead-up to China’s two biggest political meetings of the year in March. While the documents do not spell out why Chinese leaders waited six days to make their concerns public, the meetings may be one reason.

“The imperatives for social stability, for not rocking the boat before these important Party congresses is pretty strong,” says Daniel Mattingly, a scholar of Chinese politics at Yale. “My guess is, they wanted to let it play out a little more and see what happened.”

According to the AP, the documents and testimonials from Chinese insiders help support President Trump’s assertion that China is truly to blame for the outbreak, and that officials in Beijing should be held responsible, and perhaps even owe compensation. Looking further down the line, we can envision a scenario where differing ‘interpretations’ of these critical first weeks of the outbreak could lead to an all-out military war between the world’s two largest economies as both Washington and Beijing demand compensation from the other.

The delay may support accusations by President Donald Trump that the Chinese government’s secrecy held back the world’s response to the virus. However, even the public announcement on Jan. 20 left the U.S. nearly two months to prepare for the pandemic.

Of course, everything we said above is pure conjecture: nobody really has any idea what life will be like after this, whether things will be extremely different from the ‘before time’, or whether we’ll easily slip back into our old routines, and look back two years from now with the benefit of hindsight and ensure we’re better prepared for future outbreaks. Or future ‘accidental leaks’ from a biosafety level 4 laboratory.