Central Banks Should Forget About 2% Inflation 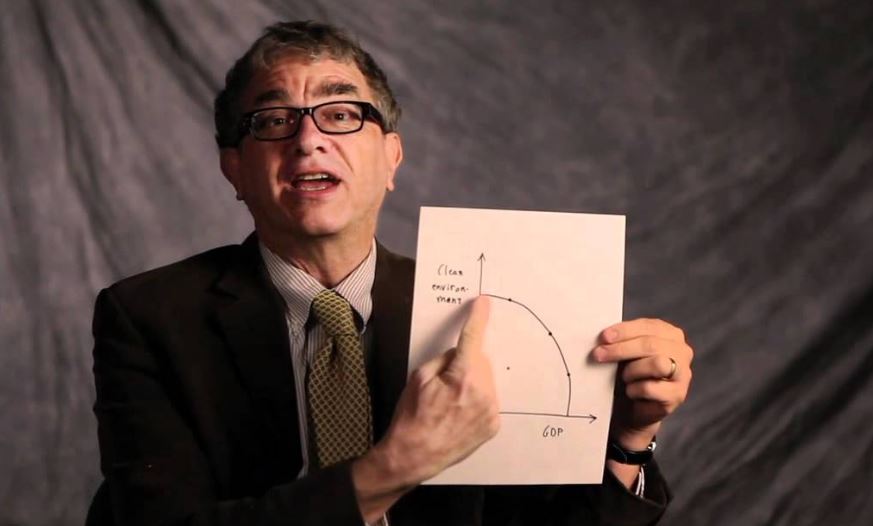 Despite years of monetary stimulus, inflation in the United States, Japan, and the eurozone continues to undershoot central banks’ 2% target. Rather than doubling down on their oft-missed goal, however, perhaps the Fed and other central banks should quietly stop pursuing it aggressively.

CAMBRIDGE – The United States Federal Reserve has some reasons to cut interest rates at its July 31 meeting, or subsequently if the US economy weakens. (There is also a case for holding rates steady, if growth remains as strong as it has been over the past year.) But one argument for easing is less persuasive: a perceived imperative to get US inflation up to or above 2%.

The Fed set the 2% inflation target in January 2012 under former Chair Ben Bernanke, after some other central banks had already done so. Japan followed suit a year later, shortly after Prime Minister Shinzo Abe returned to power on the promise that monetary policy would raise inflation (Japan had previously suffered from falling prices).

The logic was impeccable. With unemployment still high and growth still low in the aftermath of the 2008 global financial crisis, further stimulus was needed. But central banks had already lowered nominal interest rates to zero and could not cut them much further. Monetary policymakers therefore tried to stimulate economic activity by raising expected inflation.

Monetary authorities took several steps to boost inflationary expectations among the public. They emphasized their 2%-or-higher inflation objective; were sincere in doing so; and kept their foot on the monetary accelerator (via quantitative easing) so long as inflation remained below target. In the process, central banks increased their monetary base many times over. It is hard to see what more they could have done.

Did it work? On one hand, inflation is still below 2% in the US, Japan, and the eurozone. Month after month, year after year, the authorities have had to explain that achieving the target would take a bit longer.

Meanwhile, however, the US and Japanese economies had returned to approximate full employment by 2016. America’s jobless rate has now fallen to 3.7%, its lowest level since 1969, while unemployment in Japan is 2.4%, down from over 5% in 2010. So it is past time to declare victory on that front. The main purpose of the plan was achieved, even if the intended mechanism largely failed.

Most economists and central bankers, however, fear that their credibility is at stake, and remain fixated on the need to reach the 2% inflation target. In fact, a few economists even want to raise the target from 2% to 4%. One proposal popular among monetary economists is so-called price-level targeting, whereby the Fed would pledge to achieve future inflation that is one percentage point above the 2% goal for every year that it has already fallen short of that target.

But why should these more ambitious inflation goals be credible or achievable when policymakers have failed to reach even the 2% target? Instead, economists should ask why the standard measures of inflationary expectations, such as professional forecasts, have not risen much in recent years.

Perhaps the public’s expected inflation – a central element of economists’ models for a half-century – does not really exist. Or, to be more precise, it may not be well defined when prices are relatively stable. After all, most people pay little attention to the inflation rate when price growth is as low as it has been in recent years.

In a recent paper, Olivier Coibion, Yuriy Gorodnichenko, Saten Kumar, and Mathieu Pedemonte argue that households and firms generally do not have well-informed expectations of future inflation, and often do not know what the inflation rate has been in the recent past. Large policy-change announcements in the US, the United Kingdom, and the eurozone, the authors argue, seem to have only limited effects on the inflation expectations of households and firms. (In a separate paper, two of the authors argue that reading news coverage of the Fed’s Federal Open Market Committee meetings has little effect on American households’ inflation expectations.)

They point out that US households’ expected inflation rate has averaged around 3.5% since the early 2000s – well above the actual rate or professional forecasts. In addition, when they asked hundreds of top executives for their US consumer inflation forecasts over the next 12 months, some 55% said they did not know. Among those who offered an inflation forecast, the average, 3.7%, was again too high.

Moreover, studies in Germany, other eurozone countries, and New Zealandindicate that the public’s inflation expectations are similarly off-target elsewhere. At the same time, the authors say, some standard surveys of the public’s inflation expectations can produce misleadingly reasonable forecasts by “priming” respondents beforehand with a set of choices.

Former Fed Chair Alan Greenspan once defined price stability as “that state in which expected changes in the general price level do not effectively alter business and household decisions” – in other words, inflation is low enough that people don’t think about it in their daily lives. In today’s environment, therefore, policymakers should not be too concerned if the average person does not have well-informed inflation expectations.

Why, then, should central bankers keep banging their heads against the wall of a desired inflation rate? To be sure, monetary authorities should be transparent about their expectations for long-run inflation, as well as for real GDP growth and unemployment. Rather than doubling down on their oft-missed 2% target, however, perhaps the Fed and other central banks should quietly stop pursuing it aggressively.

Jul 25, 2019 by JEFFREY FRANKEL on ProjectSyndicate.com