Central Banks Ring In The New Year With Gold 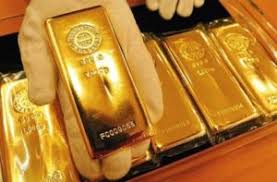 To welcome the new year, the People’s Bank of China (PBoC) is doing the same thing it did last year: trying to boost the world’s second-largest economy by reducing the total number of deposits that commercial banks are mandated to set aside as reserves. Last year, Beijing did this eight times; it looks like it will do it several more times this year.

The central bank announced that it will lower the reserve requirement ratio (RRR) for all financial institutions by 0.5% as of January 6. Moving forward, the official reserve requirement will fall from 13% to 12.5% for large lenders and drop from 11% to 10.5% for smaller banks. The measure, which was already widely anticipated by market observers, is expected to inject about $115 billion into the banking system.

The purpose of this decision is to push banks to lend more to the country’s cash-strapped small business community. This way, according to Chinese Premier Li Keqiang, the nation can rebound from last year’s lackluster economic performance by pouring more money into all sorts of sectors.

So far, government stimulus has produced admirable results, especially in the manufacturing industry where it has been in expansion territory for two consecutive months. The latest string of data also highlighted that industrial production, retail sales, and manufacturing profits beat median estimates. Of course, this kicks the can down the road and does not address any of the key fundamental issues; it merely wraps up the wound with a bandage.

Can China start 2020 by reclaiming its title of economic powerhouse? Or is the paper tiger still in a fragile state?

There are a lot of questions surrounding central banks’ recent love for gold bullion. Do they know something we do not? Are they accelerating their de-dollarization blitzkrieg? Is the central banking system preparing for an overhaul in the next few years? These are important queries to answer based on the latest data.

According to new numbers from Metals Focus, gold purchases by central banks totaled 668 tons in 2019, up from 651.1 tons in the previous year. It turned out that central banks enjoyed a handsome return on their investment because they bought just under 400 tons in the first half of 2019 before prices skyrocketed and recorded their best performance since 2010. Overall, net purchases of gold by central banks were at the fastest clip since 1970.

The key drivers of this market last year were Russia, China, Turkey, Hungary, and Kazakhstan.

Another important trend occurring in the bullion market is central banks repatriating volumes of their gold holdings. Poland, for example, has repatriated most of its bullion from the Bank of England’s vaults in London, rising from 125 tons in 2017 to 228.6 tons in 2019. In March 2019, Hungary ordered the return of more than three tons of gold.

While some of the business media have portrayed this interesting event as nationalists being paranoid, the Bundesbank (the German central bank) says most people would consider gold for being “synonymous with enduring value and economic prosperity.” Indeed, gold is the bedrock of financial security, economic independence, and common sense. For thousands of years, gold has had a diverse array of uses, from jewelry to money to manufacturing to medicine to dentistry. The yellow metal is real, unlike the fiat currencies that are supported by the public’s trust in the government. If that is the case, then central banks must realize that nobody trusts the state anymore so now would be an opportune time to diverse into bullion!

A recession might not be happening anytime soon, but the industrial recession persists, which is evident in the latest Federal Reserve data.

New figures from the central bank show that commercial and industrial loan growth weakened in the second half of 2019. In December, C&L loans edged up just 1.6% to $2.4 trillion, and most of these products materialized at small- and mid-sized banks as larger lenders sat on the sidelines.

The major part of this story is that the main driver of C&L loans is capital expenditure. In the fourth quarter of this year, CapEx spending by S&P 500 companies rose just 1%, down from the 12% surge at the same time a year ago.

So, what is causing a decline in CapEx and C&L loans? Uncertainty, it seems. With the U.S.-China trade war ostensibly (and hopefully) subsiding this year, investors are now anxious about the presidential election. Perhaps businesses, whose economic confidence has been subdued despite a boom stock market, want another tax cut after exhausting the effects of the previous one. And they might not get one if a Democrat ousts President Donald Trump from the White House.

All we know right now is that executives in this sector are choosing to buy back their stocks rather than invest in their companies, whether it is constructing new factories or hiring more workers. By doing this, they reveal that there is not too much room for growth or any new opportunities on the horizon.

There is no doubt that we are still in the boom phase of the business cycle. A recession is unlikely to transpire in the next 12 months, much to the chagrin of leftists in America. However, like China, Europe, and other foreign markets, there is still plenty of weakness in the U.S. that should produce some consternation among investors and businesses. Whether it is consumer debt or industrial softness, it is important to not be so confident that the good times are eternal. Perhaps this explains why central banks worldwide are adding to their gold inventories.