Central Bank Issues Stunning Warning: “If The Entire System Collapses, Gold Will Be Needed To Start Over” 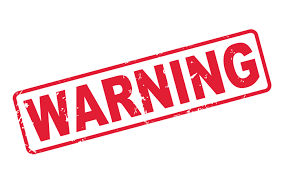 It’s not just “tinfoil blogs” who (for the past 11 years) have been warning that a monetary reset is inevitable and the only viable fallback option once trust and faith in fiat is lost, is a gold standard (something which even Mark Carney hinted at recently): central banks are joining the doom parade now too.

An article published by the De Nederlandsche Bank (DNB), or Dutch Central Bank, has shocked many with its claim that “if the entire system collapses, the gold stock provides a collateral to start over.”

While gloomy predictions of a monetary reset are hardly new, they have traditionally been relegated to the fringe of mainstream financial thought – after all, as Mario Draghi stated on several occasions in recent years, the mere contemplation of a “doomsday scenario” is enough to create the self-fulfilling prophecy which materializes it. As such, it is stunning to see a mainstream financial institution open up about the superior value of limited supply, non-fiat, sound money assets. It is also hypocritical given the diametrically opposed Keynesian practices regularly engaged in by central banks and official institutions worldwide: after all, just a few months back, the IMF published a paper bashing Germany’s adoption of the gold standard in the 1870s as the catalyst for instability in the global monetary system.

Fast forward to today, when the Dutch Central Bank is admitting not only did gold not destabilize the monetary system, but it will be its only savior when everything crashes.

“If things go wrong, prices may fall. But, crisis or not, a gold bar always holds value.” This makes it the opposite of “shares, bonds and other securities” all of which have inherent risk.

According to the IMF’s latest data, the DNB holds 615 tons (15,000 bars) of gold mainly in Amsterdam, with other stores in the U.K. and North America; the value of this gold reserve is over €6 billion ($6.62 billion). Calling gold the “trust anchor,” the article details briefly why the hard asset is so important to wealth building and the global economy, claiming: “Gold is… the trust anchor for the financial system. If the whole system collapses, the gold stock provides a collateral to start over. Gold gives confidence in the power of the central bank’s balance sheet.”

Why this sudden admission of what goldbugs have been saying for years? Perhaps it has to do with the fact that on October 7, the bank announced it would soon be moving a large part of its gold reserves to “the new DNB Cash Center at military premises in Zeist.”

Almost as if the Netherlands is preparing for the grand reset, and is moving its most valuable asset to a “military” installation just for that purpose.

As bitcoin.com tongue-in-cheek points out, “DNB is no stranger to playing along with the Keynesian, inflationary games of the global monetary system. A system which, according to some, is now more a Ponzi scheme based on force and blind faith than sound economic principle. That notwithstanding, the centralized financial powers of the world know the real score, and that’s why hard assets like gold are hoarded and locked down while everyday, individual residents of these geopolitical jurisdictions are encouraged to spend and spend, going further into debt to prop up ultimately unsound national economies.”

It is hardly a coincidence that in its preparation for monetary doomsday, the Dutsch Central Bank is also set to begin cracking down on crypto exchanges and wallets, stating that “firms offering services for the exchange between cryptos and regular money, and crypto wallet providers must register with De Nederlandsche Bank.”

While the push for greater KYC/AML transparency is a growing global trend, and is hardly surprising in a world in which trillions in assets reside in “tax-evading” offshore jurisdiction, the remarkable aspect of this latest crackdown against crypto – which many see as a modern, more efficient form of “gold” – is the fact that invasive regulations and restrictions by central banks can be seen as yet another means of stockpiling precious assets. This time, not gold bars, but bitcoin and crypto.

As for the timing of the “great monetary reset”, which other central banks have already quietly hinted at themselves amid massive repatriation of physical gold from the New York Fed to various European central banks such as Germany and Austria, we are confident that the trust-keepers of the current establishment – such as other central banks and the IMF – will be kind enough to provide ample advance notice to the citizens of the “developed” world to exchange their fiat into hard assets. Or, then again, perhaps not.