‘Capitalism’ On Life Support… Time For A Cure 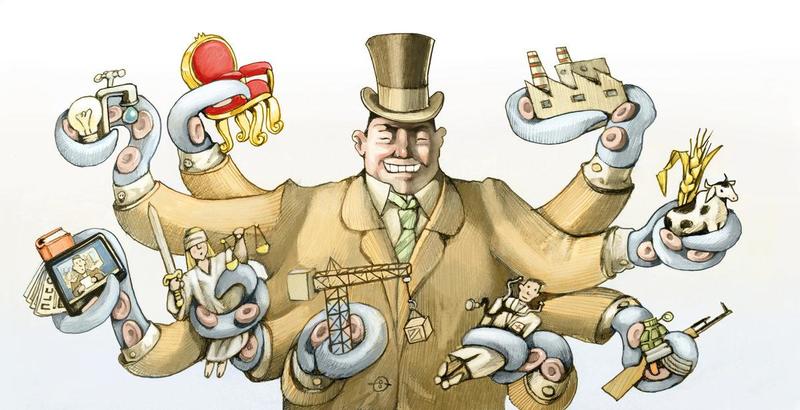 The Covid-19 pandemic is unleashing obscene bailouts of Western industries and companies, as well as lifelines for billionaire business magnates.

It is grotesque that millions of workers are being laid off by corporations which are in turn receiving taxpayer funds. Many of these corporations have stashed trillions of dollars away in tax havens and have contributed zero to the public treasury. Yet they are being bailed out due to shutdowns in the economy over the Covid-19 crisis.

Why aren’t the banks and corporations being forced by governments to pay for their workers on sick leave or in lockdown?

It’s because the governments are bought and paid-for servants of the top one per cent. Some political leaders are the embodiment of the one per cent, like Donald Trump and senior members of the U.S. Congress.

In just five weeks, unemployment has hit a staggering 26.4 million people in the U.S. – and that’s the official figure. The real level is doubtless much higher. It is reported that the job losses have wiped out all the employment gains made over the past decade since the last financial crisis in 2008. As with the present crisis, the U.S. government arranged trillion-dollar bailouts for banks and industries back in 2008-2009. It didn’t last long until the next binge.

In truth is this is a familiar pattern over the past century where the economy is continually salvaged from ruin by the government at the expense of ordinary workers, small businesses and taxpayers.

The recurring rescue is proof that the system of private capital and supposed free markets is a myth.

The system typically privatizes profit for an elite while socializing the losses for the mass of people. It has always been a version of “socialism for the rich”.

In the distant past the salvaging of broken-down capitalism was at least conducted with a certain degree of democratization and social progress. In the New Deal era of Roosevelt in the 1930s at least government intervention went a long way to restoring workers and their rights, despite bitter opposition from capitalists. Over recent decades, however, the rescuing of capitalism has seen an ever-increasing emphasis on plying money and loans to corporations and investors while ordinary workers are neglected. This process of embezzlement reached new heights in the 2008 crash. Now under Trump the larceny has become legendary. It should be underscored though that the corruption has bipartisan endorsement from Republicans and Democrats. They are really one party beholden to big business.

As Eric Zuesse commented in an-depth analysis published in our journal this week, the Covid-19 “top-down bailout” in the U.S. will result in even more social inequality and ultimately more dysfunction in the American economy going forward.

“The outcome will therefore be economic collapse, and perhaps even revolution,” notes Zuesse.

It is indisputable that capitalism is a failed system both in the U.S. and Europe. The Covid-19 pandemic and its disastrous social impact of sickness and deaths shows that such an economy cannot organize societies based on satisfying human needs. Instead, it functions to continually enrich the already wealthy while creating ever-greater numbers of impoverished and deprived. This chronic polarization of wealth has been pointed out by many critics of capitalism, including Karl Marx, and more contemporaneously by progressive economists like Richard Wolff and Thomas Picketty.

It is fair to describe corporate capitalism (or socialism for the rich) as a pathology which produces many other pathologies, including deprivation, crime, insecurity, ecological damage, militarism, imperialism and ultimately war.

Ironically, a virus is exposing the pathological system. And it is, inevitably, forcing a cure to arise.

It’s time to abolish the parasitical system and implement something more civilized, effective, sustainable and democratic. That is the task of people organized to fight for their interests. The delusion of bailing out a failed and sick system must be shaken off once and for all.

Via The Strategic Culture Foundation,