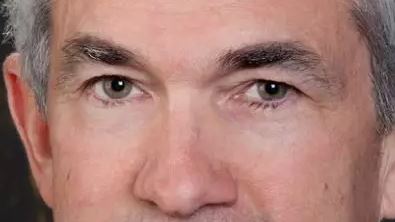 In less than a year, we have witnessed an unprecedented monetary policy rollercoaster by the Federal Reserve, which began with a momentous U-turn in the central bank’s guidance in January, and has continued to escalate ever since.

It is easy to forget that less than a year ago, all official statements and market expectations were aligned with sustained tightening, while repeated rate cuts were considered highly improbable, to say the least. Equity investors were almost coming to terms with the idea of policy normalization and the Fed was seen by conservative market observers and economists as one of the very few at least somewhat responsible central banks, as it did make some progress in shrinking its balance sheet, as opposed to the ECB and the BoJ. However, this entire tightening experiment came to an abrupt and early end, when Fed chief Powell made it clear that he intended to follow in the footsteps of his peers and decisively return to the accommodative policies of the past.

Thus, the tightening phase was stopped and once again we saw interest rate cuts, as well as liquidity injections in the repo market. All the while, the market reaction was lukewarm at best, with volatility persisting at high levels and recent economic data still raising serious concerns over an upcoming recession. At the same time, the Fed went to great lengths to highlight that all recent easing measures were not the result of recession fears. For instance, Mr. Powell characterized the two interest rate reductions this year as a mere preemptive “insurance” move, to protect and sustain the economic expansion, which should not be construed as a warning sign of economic trouble ahead. To the contrary, he insisted that the US remains on a firm footing and there is nothing to worry about.

However, now, all these efforts by the US central bank to play down the significance of its interventions are bound to become a lot harder. In mid-October, the Fed officially restarted its debt purchases. In a move that brings its policy direction full circle, the bank went from shedding of $50 billion a month from its balance sheet, to buying $60 billion of Treasury bills every month. The purchases will continue until “at least the second quarter of next year”, while it’s possible that their pace might be increased and their duration extended even further.

Once again, in anticipation of the reactions to this measure, officials were quick to highlight that “these actions are purely technical measures” and “do not represent a change” in its monetary stance. Dallas Fed President Robert Kaplan insisted that the decision “is not intended to create more accommodation or create more stimulus”. As for Chairman Jerome Powell himself, he went out of his way to stress that the move “in no way” represents a resumption of quantitative easing (QE). Instead, he argued, these asset purchases, that have nothing to do with the ones we saw after the 2008, are meant to ensure there is enough liquidity in the financial system to prevent further spikes in short-term lending markets, like the sudden cash shortages we saw in September that pushed the fed funds rate way out of its target range.

Nevertheless, despite all the assurances and all the attempts to downplay the meaning of the move, many investors and analysts saw it for what it is. As one Wall Street analyst put it in a note to his clients, the new strategy “sure sounds like QE”. And of course, he is not alone in this realization. As outlined in detail in a previous article specifically on the recent repo market turmoil, the “technical measure” justification rings rather hollow, as what began as an emergency and “one off” cash injections (as officials described them at the time) has morphed into much larger scale policy shift. And while it is true that the Fed now targets short-term bills over longer-term Treasury debt, as it did under QE, the fact remains that the cash that is set to be injected into the system still amounts to at least $400 billion, that will be added to its already massive $4 trillion balance sheet. Since September alone, the Fed’s balance sheet already grew by over $185 billion, and that’s even before the new purchases began.

The intent, therefore, makes little difference, and it hardly matters if the aim of the Fed is to spur the economy or to simply add some “technical” support in the plumbing of the overnight market, if the result is the same. As an analysis by Benjamin Ong, head of the Financial Standard Intelligence Unit, put it: “The US$60 billion in monthly T-bill purchases compare with the US$85 billion the Fed was buying monthly before it was tapered by US$10 billion per month to $75 billion in December 2013” and at the end of day, “QE or not QE, the Fed’s latest move should help steepen the yield curve, weaken the US dollar and support the equity markets as it had done in the past.”

“Depression and mass unemployment are not caused by the free market, but by government interference in the economy.” – Ludwig on Mises, The Theory of Money and Credit

What is clear is that all indications point to the fact that the Fed made a serious judgment error when it began its tightening program in 2017. It overestimated the robustness of the economy, underestimated the level of addiction of the markets to cheap money and it was way too quick to proclaim a “full recovery” from the crisis. As a result, it has backed itself into a corner. Having cut the tightening phase short, it failed to fully reap the intended benefits of the move, i.e. a replenishment of its monetary “firepower” to fight off the next economic downturn, while it also created intense unease in the easing-addicted US market. Now, as the next recession draws dangerously near, it has few options left. While it might be in a comparatively better position than its peers, such as the ECB or the BoJ that never stopped, let alone reversed, their expansionary policies, all likely scenarios are still truly grim going forward.

For example, the very idea of a return to zero interest rates, which would have sounded bizarre just a year ago, is now a realistic possibility. And so are negative rates, for that matter. Once unthinkable, the option is now no longer as outlandish as it might have been only a few months ago. In fact, a research paper entitled “Yield Curve Responses to Introducing Negative Policy Rates” recently published by the Federal Reserve Bank of San Francisco found that negative interest rates “could become an important policy tool for fighting future economic downturns”. Even the President himself publicly pushed for this move, when he demanded in September that the Fed take the extraordinary step of introducing negative rates.

Overall, when considering one’s investment strategy and the risk factors that affect it, it is essential to understand that the actions of the Federal Reserve are now forming an unmistakable pattern. The central bank has seriously damaged its own credibility by saying one thing and doing another. Its officials insist that the economy is in “good place”, right before they announce a rate cut. They do the same, before they begin another balance sheet expansion and effectively restart QE, all the while insisting that no one should call it QE. It is useful to remember this pattern next time Chairman Powell offers strong assurances against ZIRP and NIRP as potential scenarios. It is also useful to remember that the central bank has already been “exploring possibilities” and examining Japanese-style interventions since early the summer. According to reports by CNBC, as western central bankers realize how limited their options are and reach for new and much more aggressive tools, “the BOJ has been receiving queries from several central banks, including the Fed” on its “yield curve control” experiment, meant to anchor long-term interest rates near zero.

Finally, in order to effectively protect one’s wealth and make sure it is preserved for the next generation, it is essential to look at the bigger picture when planning ahead. What seems far-fetched today can easily be headline news tomorrow and then established as the “new normal” a year later. “Unprecedented” is by far not the same as “impossible”, especially in this era of radicalism in monetary policy. We saw this in the last recession, when trillions of dollars flooded all major economies and central bank balance sheets exploded to historic, record highs. We will very likely see a similar tectonic shift in the next crisis too and the prudent investor has to be prepared for that.

Whether it will be “more of the same”, with NIRP and ZIRP across the board and massive asset purchases, or whether central bankers will move into new interventionist territory, perhaps emulating Japan, is of little consequence, as the effect of all these policies can be easily predicted, at least for savers and conservative investors. They are all bound to continue to punish those with a long-term investment horizon. Thus, as central banking policies now decisively and uniformly once again enter the easing path, physical precious metals appear to be the only reliable way to protect one’s wealth and to hedge against both economic and monetary risks.