Brutal Economic Depression: Tens Of Millions In America Can’t Pay Their Bills, In Danger Of Eviction 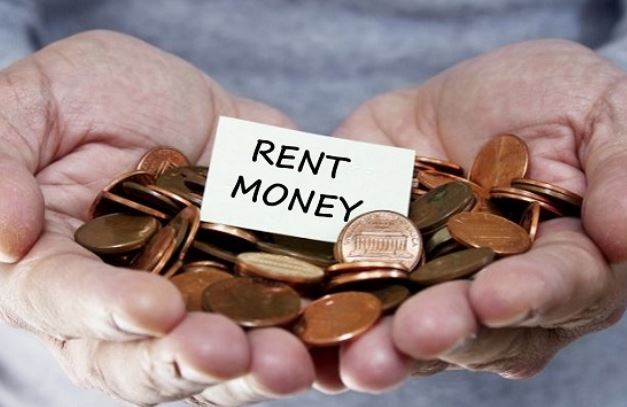 We are supposed to believe that unemployment is only about 10 percent right now? Right. The looming eviction crisis threatens to be absolutely catastrophic…

Most of us have never experienced anything like this in our entire lifetimes.  Fear of COVID-19, endless civil unrest in major U.S. cities and a whole host of other factors have combined to plunge us into the worst economic downturn since the Great Depression of the 1930s.  On Friday, the Labor Department announced that the unemployment rate in the U.S. fell to just 10.2 percent last month, and if that number was actually accurate that would be pretty good news.  Unfortunately, it simply does not square with all of the other numbers that we have been seeing.  According to John Williams of shadowstats.com, if honest numbers were being used the unemployment rate would actually be 30 percent right now, and I believe that figure is much closer to the reality that we are facing.  In February, 152 million Americans were working, and since that time more than 55 million have filed new claims for unemployment benefits.  Unless tens of millions of those people have been filing fraudulent claims, there is no way in the world that the unemployment rate should be about 10 percent right now.

Other numbers tell a similar story.  According to one recent study, 24 percent of all Americans have missed at least one bill payment since the start of the COVID-19 pandemic…

Indeed, paying off bills are an unavoidable part of life, even during a pandemic. Unfortunately, a new survey of 2,000 Americans finds that one in four (24%) have already missed at least one payment since the pandemic began.

Among that group, 26% say they haven’t paid their cell phone or cable bills. Another 25% failed to pay for streaming services, and perhaps more worryingly, some of their electricity or utilities bills.

An estimated 27% of adults in the U.S. missed their rent or mortgage payment for July, according to a nationwide survey conducted by the U.S. Census Bureau weekly over the last three months. Among renters alone, just over one-third (34%) said during the waning days of July that they had little to no confidence that they could make their August rent payment, a stark measure of the ongoing economic devastation for households stretched to the brink by coronavirus pandemic.

But we are supposed to believe that the unemployment rate is only about 10 percent right now.

In some states, the looming eviction crisis threatens to be absolutely catastrophic.

For example, we are being told that in South Carolina a whopping 52 percent of all renters “are at risk of eviction”…

In South Carolina alone, 52 percent of renter households can’t pay their rent and are at risk of eviction, according to an analysis of census data by the consulting firm Stout Risius Ross. About 185,000 evictions could be filed in the state over the next four months.

And we see similar numbers when we look at businesses owners around the country.  If you can believe it, 83 percent of all New York City restaurant owners did not pay all of their rent in July…

The state of the New York City restaurant industry is in dire straits. July proved to be another disastrous month for restaurants, bars, and nightlife establishments across the city with a majority unable to pay rent in July, a new survey found.

NYC Hospitality Alliance surveyed about 500 owners and operators of eateries in the city, with 83% of respondents indicating they couldn’t pay the entire rent in July while 37% paid no rent at all.

Let that number sink in for a moment.

And I am certainly not the only one using the “d-word”.  The following originally comes from a Time Magazine article entitled “The Next Global Depression Is Coming and Optimism Won’t Slow It Down”…

First, the current slowdown is without doubt global. Most postwar U.S. recessions have limited their worst effects to the domestic economy. But most were the result of domestic inflation or a tightening of national credit markets. That is not the case with COVID-19 and the current global slowdown. This is a synchronized crisis, and just as the relentless rise of China over the past four decades has lifted many boats in richer and poorer countries alike, so slowdowns in China, the U.S. and Europe will have global impact on our globalized world. This coronavirus has ravaged every major economy in the world. Its impact is felt everywhere.

You have probably noticed that things are really starting to get crazy out there.

In one community in Texas, it is being reported that someone is actually killing horses and eating them…

At least five horses have been killed around Pearland, Texas since late May — but it’s the way they’re being killed and what’s being done to their carcasses that’s particularly disturbing to locals.

Pearland police made their first discovery June 10. Responding to an animal cruelty call along the 14000 block of Kirby Drive, they found a horse, dead and butchered.

You would have to be incredibly twisted to do such a thing, but as I have been warning for a very long time, we are going to see much crazier things in the years ahead.

Of course countless other Americans can also see that society is starting to come apart at the seams, and this has helped to fuel an unprecedented spike in gun sales…

Gun sales surged 135% year-over-year in July to about 2 million and have already matched all of last year, according to a report released earlier this week by research consultancy Small Arms Analytics and Forecasting. Sales were up 145% in June, 80% in May and 71% in April.

We live at a time when rioting, looting and violence are becoming commonplace, and crime rates are absolutely skyrocketing in our major cities.

And the worse economic conditions become, the worse the chaos is going to get.

So I would very much encourage you to set your affairs in order and to get prepared for what is ahead, because the time remaining to do such things is very limited.