Replacing the NWO and the Weaponized Petrodollar with BRICS+ Multipolarity 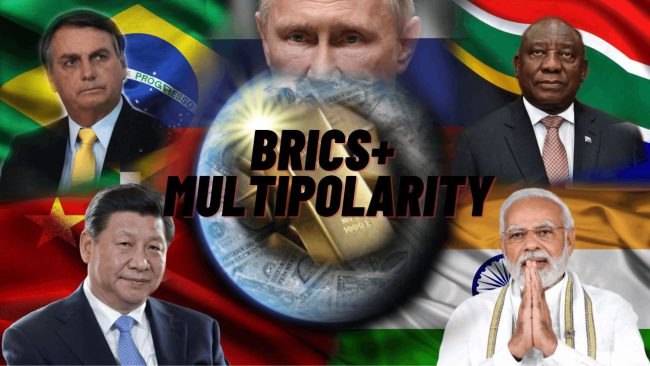 Vladimir Putin spoke at the BRICS (Brazil, Russia, India, China, and South Africa) virtual summit and the Saint Petersburg International Economic Forum (SPIEF) this month, where he slammed the West over sanctions and called on emerging economies to reroute global trade and upend the unipolar political and financial world order.

Combined, the BRICS workforce is bigger than the eurozone and its combined might is virtually on par with the U.S. The conflict in Ukraine has catapulted our globe into a bipolar condition that will deepen financial chaos, prolong supply chain problems, and lead to WW3.

China accounts for 70% of BRICS’ $27.5 trillion economic strength. President Xi Jinping convened the BRICS meeting and said China opposes the misuse of international sanctions. He urged BRICS members to rise to the occasion and fulfill their global responsibilities. 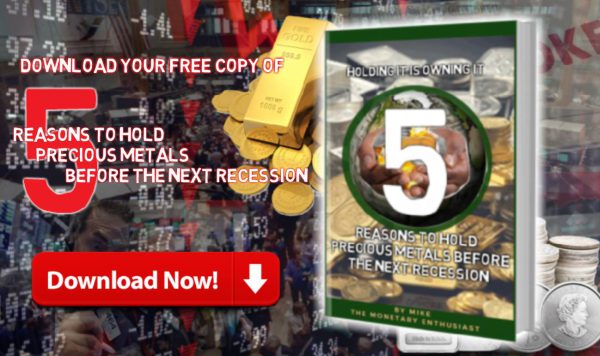 Download a FREE copy of the new eBook, “5 Reasons To Hold Precious Metals Before the Next Recession, ” to determine how to preserve your purchasing power before the next market crash.

Due to the geopolitical consequences of NATO’s proxy war in Ukraine and the West’s unsuccessful effort to punish and cancel cultural Russia into extinction, the West is suffering from a serious case of blowback. Moscow is shifting its commerce and energy exports to BRICS and “friendly” states under BRICS+. China, India, and South Africa refrained from voting on a UN resolution that criticizes Russia’s military intervention in Ukraine.

Brazil voted in support of the resolution, but Brazilian President Jair Bolsonaro stated Brazil would not take sides. The leaders of various nations were in attendance at the SPIEF and BRICS meetings.

The G7 leaders are removed from reality and make fun of Putin, and Biden isn’t leading the U.S. because he uses notecards for routine jobs.

A new global reserve currency that dethrones the U.S. dollar has been a matter of significant discussion since the Great Financial Crisis (GFC) of 2007-2008 that almost devastated the American dream and global financial system. The unipolar global order is shifting to a multipolar framework, and BRICS+ players are developing a new reserve currency. A worldwide paradigm change has taken form since the commencement of Russia’s “Operation Z” and the West’s extraordinary reaction that militarized the dollar through sanctions and limited access to SWIFT.

The globe is leaving the mid-1970s-era petrodollar structure. While BRICS+ grows its membership to include OPEC states and other countries across the globe that can contribute diverse financial and natural resources, a day will dawn upon Western leadership that the light switch to a declining hegemony was turned off as they slept. Concurrently, the West will likely be caught in a hard-landing recession and confront a rising war on the European continent without a pleasant conclusion.

There is a lot of conjecture about how, when, and which assets and currencies will support that new reserve currency. The GFC and Ukraine conflict irrevocably changed the political chessboard, and I predict the IMF won’t have a privileged place. The new reserve currency would likely feature gold and come from the East. Hope for the best and be prepared for the worse. Stock your pantry and organize your finances.