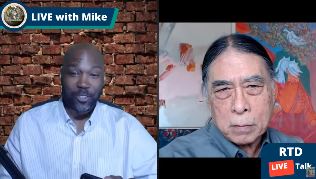 The world is not ready for the next pandemic

On March 18th when markets plunged, Jeff Cox, CNBC financial editor, noted: Investors are being forced to sell assets, creating cascading moves lower in financial markets. The turmoil is particularly acute in the bond market, where yields are surging and spreads are gaping wider.

In late-stage capitalism, stock market highs are like a tan on a dying man. Investors formerly seduced by higher stock prices abandon equities as chances of a bubble bursting increase. When this happens, investors move into bonds—capitalism’s safe haven of choice. In the end game, however, bond markets are where the final bloodbath of capitalism’s debt-based money will take place.

That sentiment was echoed by David Stockman, Reagan’s former budget director, when asked:  If we are in the final innings of a debt super-cycle, what is the catalyst that will end the game?

Stockman answer was revealing: …the likely catalyst is a breakdown of the US government bond market. It is the heart of the fixed income market and, therefore, the world’s financial market.

As long as the hedge fund traders and fast-money boys believe the Fed can keep everything pegged, we may limp along. The minute they lose confidence, they will unwind their trades.

On the margin, nobody owns the Treasury bond; you rent it. Trillions of treasury paper is funded on repo: You buy $100 million (M) in Treasuries and immediately put them up as collateral for overnight borrowings of $98M. Traders can capture the spread as long as the price of the bond is stable or rising, as it has been for the last year or two. If the bond drops 2%, the spread has been wiped out.

If that happens, the massive repo structures – that is, debt owned by still more debt – will start to unwind and create a panic in the Treasury market. People will realize the emperor is naked.

Today, the massive repo structures are under unprecedented pressure. This week, the Fed again increased its overnight repo lending by another $500 billion, bringing its two-day total to $1 trillion.

The market is just trading off a sci-fi movie where it’s a viral pandemic and we’re all going to do. The markets are not being rational now. They’re trading off fear, not data. There isn’t the data to look at to see how bad things really are.

Whether capital markets collapse now or later is only a matter of time. Today’s over-indebted economies are as vulnerable as are the elderly with compromised immune systems

In 1981, Buckminster Fuller wrote that today’s political, economic and religious power structures would collapse. Today, they are. Fuller said their collapse was a necessary precursor for the better world to come. Be patient. History takes time.