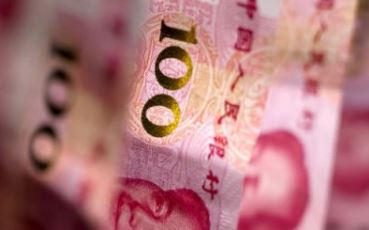 The Chinese government is trying to set the economy up for a stronger start to 2020, with a multi-pronged policy push ranging from easier monetary settings to freer trade.

The latest pledge came late Monday, when Premier Li Keqiang signaled that further cuts in the amount of cash that banks have to park as reserves will be forthcoming. In theory, that will free up funds to lend to private-sector companies that have struggled to access loans this year.

The funding promise follows a wide-ranging set of initiatives to boost the non-state sector announced at the weekend, and a fresh round of tariff cuts designed to spur domestic demand released on Monday.

After a bruising year that’s seen economic output growth slow to the weakest pace in almost 30 years, modest signs of stabilization have begun to appear in incoming data. On top of that, trade negotiators this month succeeded in staving off another increase in tariffs on Chinese exports by U.S. President Donald Trump.

Speaking in the western city of Chengdu on Monday, Li said the government will continue to cut the reserve ratio for banks and look into increasing re-lending and re-discounting quotas, steps that can also help reduce overall borrowing costs for small firms.

“Beijing may cut the required-reserve ratio slightly earlier than we previously expected given an increasing risk of locally-based credit contraction in some regions, and upcoming liquidity shortage in January 2020,” said Lu Ting, chief China economist at Nomura International Ltd.. The moves would come “in the coming weeks before the lunar new year holiday, to stabilize liquidity conditions, credit supply and growth,” he said.

The private sector this year has faced difficulty accessing credit, amid a multi-year effort to reduce financial risk and rising defaults among corporate bond issuers. Despite an increase in overall credit growth, there’s evidence that not all lending is going to productive purposes.

Nevertheless, economists have upgraded their outlook for economic growth in 2020. Gross domestic product expansion will come in at 5.9% as easing trade tensions and the prospect of lower bank borrowing costs boost confidence, according to a survey of analysts and traders last week.

Survey respondents see policy makers maintaining a measured pace of easing into next year, trimming the price of central bank medium-term lending by 15 basis points with the first cut coming in the first quarter.

In the meantime, the leadership also stressed more opening-up of the economy, and is seeking to forge stronger partnerships with some trading members.

“To defend free trade is the only way to revitalize the economy,” Li said on Tuesday at a China-Japan-South Korea summit in Chengdu. He called for deeper cooperation between the three countries to counter the “downward economic pressure” posed by the changing global economic and political situation. He also urged the speeding up of negotiations toward a trilateral free trade agreement, which in his words, would allow China to further open its services sectors.

“China is willing to open up its finance, medical care, elderly care and other services sectors to foreign investors, including scrapping the caps on ownership requirements, step by step,” he reiterated.

The Ministry of Finance on Monday published a list of 859 types of products that will enjoy tariffs lower than the standard rates for this year. It included frozen pork as a key item aimed at alleviating shortages of the meat due to the outbreak of African swine fever.

In 2018, imports of the listed items totaled some $389 billion, or about 18% of China’s total imports of $2.14 trillion, according to Bloomberg calculations.

Steps announced Sunday by the State Council, China’s cabinet, aim to help private firms gain better market access and equal regulatory treatment to their state-owned peers. Among actions to be taken are the further opening of key industries to non-state investors, including energy and finance, and also facilitating equity and bond sales by private-sector businesses.

The private sector, which accounts for 9 out of every 10 new jobs created in China, has been hardest hit thanks to what critics say is a regulatory regime that tilts business conditions in favor of state-owned companies.