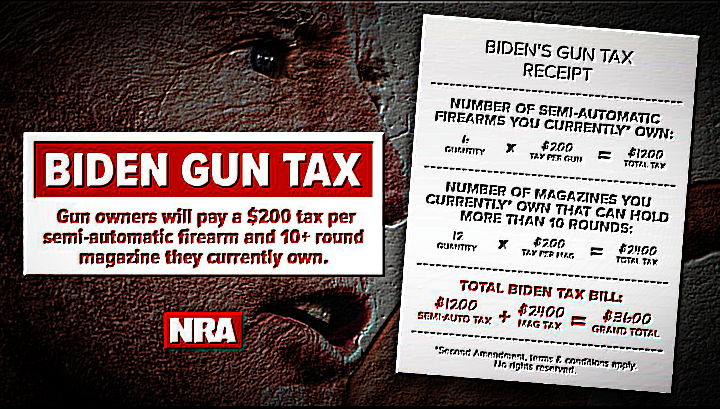 Under Joe Biden’s proposed gun control plan, American gun owners would cough up tens of billions dollars in taxes as millions of rifles and magazines now in their possession would be subject to a tax under the National Firearms Act.

The center piece of Biden’s gun plan is to place a ban on the manufacture and sale of “assault weapons,” while bringing the regulation of possession of such firearms under the 1934 National Firearms Act.

Currently, the NFA of 1934 applies to fully automatics firearms, silencers and short-barreled rifles. But Biden would drag “assault weapons”, meaning semiautomatic rifles, pistols and shotguns (think the AR-15) along with “high capacity magazines”, which have generally been understood to be magazines that carry more than 10 rounds, under the act.

According to a National Shooting Sports Foundation report on firearm production figures, Americans in total own at least 20 million rifles and 150 million ammunition magazines that would be subject to the NFA regulations if Biden’s plan were put in place.

Under the NFA, each rifle and each magazine would be taxed at $200 per item. On top of that, gun owners would be subjected to complicated paper work and an identification process.

As Americans for Tax Reform reports:

As detailed on Biden’s campaign website, “Biden will also institute a program to buy back weapons of war currently on our streets. This will give individuals who now possess assault weapons or high-capacity magazines two options: sell the weapons to the government, or register them under the National Firearms Act.” This triggers the $200 tax.

In order to register a firearm (or a magazine, under Joe Biden’s plan), you have to send in a 13-page, complicated application form with the $200 tax included, your fingerprints, and a photograph of yourself. In this way, the hurdles to legally own your weapon or high-capacity magazine go far beyond the expensive tax.

With 20 million rifles and 150 million magazines to fall under the NFA with Biden’s plan, the amount of taxes paid by American gun owners would equate to $34 billion dollars.

If a gun-owner chooses not to hand in his NFA regulated rifle or magazine, he or she would face up to 10 years in federal prison, and a potential $10,000 fine.

The move would be in total violation of Biden’s pledge not to tax those who make under $400,000 annually and would put an even greater financial burden on Americans who have been hit hard by the COVID-19 pandemic and state induced economic shutdowns.

More from Americans for Tax Reform:

Many families who have already been struggling due to the economic damage done by the coronavirus would find themselves incapable of paying for the ability to practice a constitutional right of theirs.

According to the Biden campaign, any magazine that holds more than 10 rounds is a “high capacity” magazine. Even if someone owns only one AR-15, if they have just four standard capacity magazines, they would owe the federal government $1,000.

Suddenly, gun control becomes less about mere firearm ownership and more about controlling working-class Americans. In urban areas, where people are most vulnerable to crime, it’s not hard to imagine how crushing this could be. There is nothing new about leftist politicians taxing urban residents in order to dictate behavior, ownership, and lifestyle.

While Biden’s gun control plan likely wont catch much fan fair in the more red, new congress taking hold at the start of 2021 – especially if Republicans can take at least one of the upcoming Georgia run-offs – the idea lends more credence to the suspicion that Trump’s America is likely to be flopped on its head under a Biden presidency. 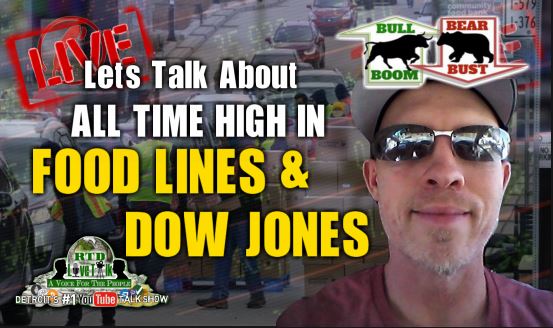