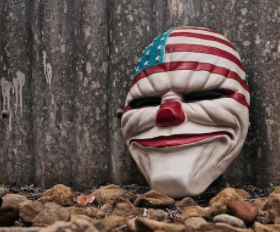 If some guy was trying to talk you into buying gold, would the fact he was an ATF agent make you more comfortable with the transaction?

I’m just going to say upfront, my answer is an emphatic no.

Maybe it’s just me, but “federal agent” doesn’t inspire a sense of trust. In fact, if some guy came along selling gold with an ATF badge around his neck, I would immediately assume it was some kind of sting. And I don’t know about you, but I don’t want to go to jail.

But apparently, my distrust of the Feds isn’t necessarily widespread.

A New Jersey man was busted and charged with impersonating an agent and bringing counterfeit coins and bars into the US.

According to an NJ.com report, Jonathan A. Kirschner pleaded guilty to the charges. The fact that he was caught with a fake ATF badge and fake gold made it difficult to mount kind of defense in the case.

According to the report, Kirschner admitted he sold the bogus gold bars to a coin collector for $11,000 in cash.  He wrote messages to the victim claiming to be a federal agent and wore the fake ATF badge on a chain around his neck when they met. He also sold 49 counterfeit Morgan dollar coins to two other victims, again claiming to be an ATF agent.

NJ.com said, “Officials said Kirschner posed as an agent to calm any concerns his victims might have about buying silver coins and gold bars from him that they believed were real. Kirschner, of Moorestown, admitted he imported the counterfeit valuables from other countries.”

Like I said, it wouldn’t have “calmed my concerns.” It would have heightened them. In fact, my reaction would have been, “get lost Fed.” But again, maybe that’s just me.

So, what made the victim think the fake fed was real? Kirschner told him at the bank “he had just come from a bust in Philadelphia and that he had to get to another bust after the meeting.” Because, you know, there’s nothing like selling some gold between busts, right?

Also, Kirschner claimed he had a gun – but he left it in his car.  At first, I was thinking that an ATF agent leaving his gun in the car would seem a little sketchy. But, you know, ATF agents left guns all over Mexico. So, really, it’s not that far out of bounds.

To their credit, the victims did admit they found something a little off about Kirschner.

Maybe it was the knife in his gun holster.

Here’s the lesson: scammers are out there. Some of them might be fake feds. (A lot of them are real feds, but that’s a different article.) The key is to beware, especially when it comes to buying gold. Don’t buy gold from your new internet boyfriend. Don’t buy gold in a gas station parking lot. And don’t buy gold from some guy just because he has an ATF badge.

If you want to buy gold, call SchiffGold at 1-888-GOLD-160. A SchiffGold precious metals specialist can hook you up. They have real credentials. Fake badge not necessary.

Fun on Friday is a weekly SchiffGold feature. We dig up some of the off-the-wall and off-beat stories relating to precious metals and share them with you – with tongue firmly planted in cheek. Click here to read other posts in this series.