Before King Dollar Loses His Throne, Inflation Will Take Off 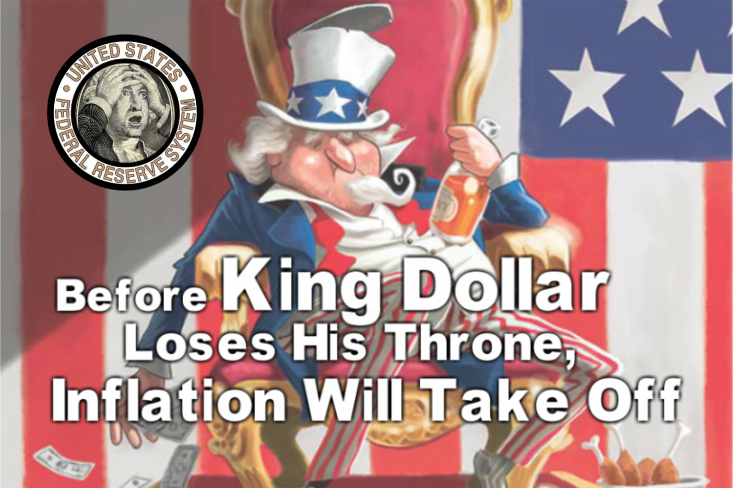 Predictions of doom for the US dollar are not new and have so far come to nothing. Yet while it might not happen tomorrow, the risk warnings are there, says John Stepek – here’s how to get your portfolio ready.

Ever since the Bretton Woods Agreement in 1944, the US dollar has been the acknowledged top dog of global currencies – the reserve currency. And for almost as long, people have been predicting that it would be toppled from that position. As yet, of course, it hasn’t happened. But with Donald Trump running the public finances as imprudently as he managed his own, and his opponents talking about printing money to fund pet projects, could it be different this time?

The case against the dollar

There are at least two good reasons to fear for the durability of the US currency right now. Firstly, absolutely no one with any power over the dollar has any obvious regard for preserving its value. President Donald Trump is a spender, not a saver. “Fiscal hawks” (politicians who aspire to keep spending roughly in line with, or below, the tax take) are often associated with the Republican party. But even in their own party they are a minority. A package of tax cuts has seen America’s deficit (its annual overspend) balloon under Trump. As a result, the national debt – already standing at around $22trn, or more than 100% of GDP – is set to race higher (and as hedge-fund billionaire Ray Dalio of Bridgewater Associates notes, this is before you start talking about unfunded spending on “entitlements” such as healthcare and pensions). The highest-ever level for the US was around 119% seen in 1946, just after World War II.

Meanwhile, Trump’s main political opposition, the Democratic party, has no intention of being fiscally responsible either. Indeed, the biggest policy idea firing up the American left right now is a “Green New Deal”, which would be funded in accordance with the tenets of modern monetary theory (MMT). In other words, it wants to spend a huge amount of money on revamping America’s energy infrastructure, and it would raise the money not through taxes, or through borrowing, but simply by getting the government to print it (this is the basic idea behind MMT, nicknamed “magic money tree” for obvious reasons). 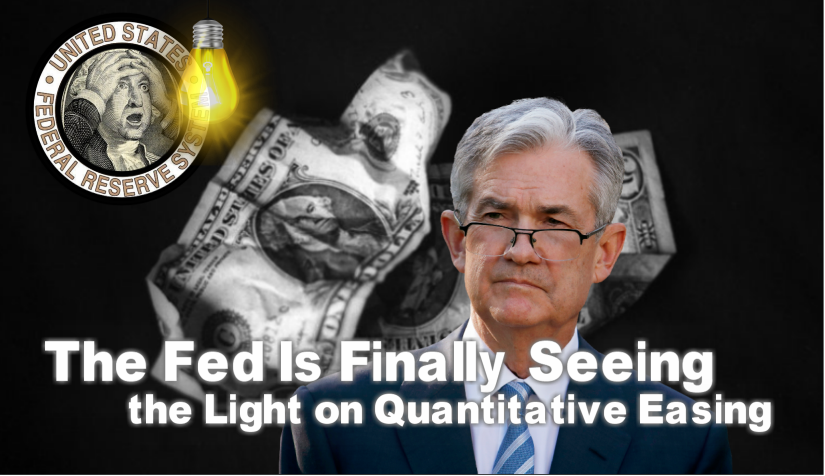 Finally, despite Trump’s huge tax-cutting splurge (which should, in theory at least, stimulate the economy and therefore justify higher interest rates), the Federal Reserve – the US central bank, and thus de-facto guardian of the currency’s purchasing power – has apparently capitulated to stock markets and abandoned the idea of raising interest rates any further this year. Indeed, the Fed’s next move is to work out when it will end the current quantitative-tightening (QT – the process of reversing quantitative easing) programme.

Fed chairman Jerome Powell has repeatedly warned that the US needs to deal with its debt. But unless he forces the issue by jacking up interest rates, politicians are not going to pay any attention (why bother cutting spending or raising taxes if you can either print the money or get the Fed to do it?). And in any case, the Fed itself now looks as though it is more worried about recession and more keen to loosen monetary policy than to tighten it, which – all else being equal – is not good news for the dollar either.

“DEMOCRATS WANT TO PRINT MONEY TO SPEND ON GREEN ENERGY”

As for the other good reason to question the dollar’s continued reign, one aspect of being the reserve currency is that, to use a computer metaphor, the dollar effectively acts as the operating system for global finance and trade. It’s Microsoft Windows for money, if you like. What has become increasingly clear in recent years is that the US is both able and willing to lock countries and individuals out of this operating system should it see the need. For example, as Luke Gromen of the Forest for the Trees newsletter points out to Real Vision’s Grant Williams, 2012 was a “real watershed moment” on this front. The US, using economic sanctions, effectively locked Iran out of the global financial system, hammering the Iranian rial and helping to drive inflation higher. Russia has also been the target of similar sanctions.

The problem, argues Gromen, is that “it was a penny wise, pound foolish decision by the US. Because it’s a weapon you can only use once… They did it to Iran and they caught Russia’s attention. They caught China’s attention. Anyone else in the world who figured they might be on the wrong side of the US any time in the next five, ten years, had to start thinking about the fact that the US could, within two weeks, completely choke out your economy, starve your people”. No one wants to be stuck with an unreliable operating system – and it’s certainly true that some countries appear to have stepped up their hunt for an alternative to the dollar. For example, Russia sold off almost all of its US government-debt holdings last year, either in retaliation against US sanctions on prominent businessmen, politicians and companies, or more likely due to concerns that its dollar assets would become untradeable.

To read the rest of this article visit (here)