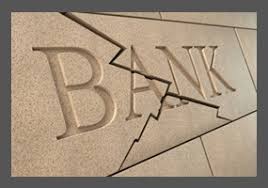 Global banks are involuntarily stocking up on risky corporate loans as a result of investors beginning to cut risk in the credit markets, according to Bloomberg.

Underwriters that could once easily offload risk associated with corporate debt are finding that coming up with new suckers investors isn’t as easy as it once was. As a result, banks like Barclays and Deutsche have been stuck with $1.5 billion in leveraged loans that they’ve struggled to sell off in recent months.

It’s a small sum relative to the nearly $170 billion in leveraged loans outstanding in the U.S. and Europe, but it’s notable due to the “broad strength” of the credit markets of late. The strength in credit stands in contrast to late last year when a sharp selloff left the banks holding the bag on $3.6 billion in unsold debt.

Steven Abrahams, head of strategy at Amherst Pierpont Securities said: “The mix of loans coming to market right now is very difficult to absorb. It’s a very unusual story that leveraged loans and collateralized loan obligations are showing stress, even though the rest of the market is pretty benign, if not bullish.”

Continued concerns about a global slowdown are prompting investors to avoid riskiest issuers.

Chunks of deals still sitting on banks’ books include debt for OSG Billing Services and ACProducts: two deals that were underwritten before last year’s sell-off and have still been unable to find buyers. Barclays, who acted as sole underwriter for both deals, is still holding about half of each deal.

Debt deals made for Apollo’s buyout of Shutterfly and HGGC’s take-private deal for Monotype Imaging Holdings failed to be fully sold to investors as demand for riskier credit waned. Additionally, a group of banks – also led by Barclays and Deutsche – were left holding hundreds of millions of dollars in debt from Advent International’s buyout of a unit of Evonik Industries in July.

A Deutsche spokesman said: “The amounts in question are insignificant in the context of the wider market and insignificant to Deutsche Bank’s debt-financing businesses.”

Banks have also struggled to sell a nearly $3 billion cross border debt deal for Bain Capital’s purchase of a majority stake of research firm Kantar. Underwriters were forced to add concessions on pricing and documentation to the loan and bond deal to entice investors. The deadline for the deal was extended twice.

And banks may find it even more difficult to offload these loans in coming months. Worries about a global downturn have reduced demand for lower rated loans at risk of downgrades – especially from CLOs, which face limits as to the amount of the weakest tier CCC debt they can own.

Often times when banks are stuck with unsold loans, they will work with PE sponsors to restructure the financing, generally after an injection of equity. If a solution can’t be found at that point, the bank is on the hook to provide the funds at the original terms.

Cudzil concluded: “It is late cycle and there is growing risk of credit accidents. We kill so many loans in the early stages that we are not even going to look at a cabinet maker right now.”

While it may be shocking to some investors, this news doesn’t come as much of a surprise to us.

Remember, it was just days ago that we highlighted comments from Morgan Stanley’s Srikanth Sankaran, who wrote in a note that “beneath the veneer of relative spread resilience and muted realized defaults, the weak links in the leveraged credit markets are coming under pressure.”

One notable such fault line is spread decompression, which has been a dominant theme in both leveraged loans and HY, with the B-BB basis expanding by ~24bp in HY and ~56bp in loans from the January tights.

Another indication that the loan market is starting to crack: distressed tails in both asset classes are also back on the rise, and while energy remains the dominant contributor to the HY tail, Morgan Stanley finds more sector diversity in loans trading below 90 cash price.

But the biggest tell that investors are starting to sour on what one year ago was the most desired part of the capital structure, is that – as in other, more illiquid pockets of the market – “big” price/spread moves are happening more frequently, “even outside the stressed buckets”. And while the jump pattern is more symmetric in HY, pointing to continued demand for big movers, by contrast in loans, the big price moves exhibit a strong downside skew, particularly in the case of facilities that started the year at stressed levels.

Also worth noting is that large moves are also happening more frequently outside the tails: while the increase in credits trading at stressed levels is ominous, it presents only a partial picture of underlying price dynamics, according to MS. Even outside the tails, the bank sees a growing incidence of big spread/price moves in individual credits.

Morgan Stanley counts 1,476 individual HY bonds that have seen spreads gap wider by 50bp or more over a one-month window. However, there is also a strong rebound pattern in that instances of significant spread tightening are also high. As a result, the aggregate distribution of YTD spread changes does not show much evidence of a broad-based malaise within the HY bond market.

The one explanation for these repricings: investors are anticipating declining fundamentals in the form of ratings downgrades.

As MS notes, consistent with the price discontinuity patterns, net downgrades in leveraged loans have also accelerated in recent months – up 106% YoY and tracking the highest levels since the energy crisis.

If these trends hold true, banks like Barclays and Deutsche better get used to having those leveraged loans on their books…