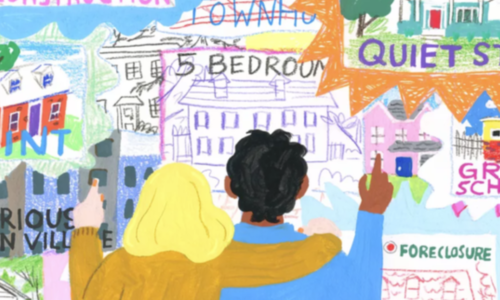 More Americans are getting priced out of purchasing homes than ever, as soaring prices continue to outpace wages, according to a new report.

ATTOM Data Solutions’ Q4 2019 US Home Affordability Report says the average wage earner can’t purchase a home in 344 out of 486 counties, or about 71% of the US.

About 142 out of 486 counties, or about 29% of the US, had an affordable median-priced home in Q4 for the average wage earner. Those counties were: Cook County (Chicago) IL; Harris County (Houston), TX; Wayne County (Detroit), MI; Philadelphia County, PA, and Cuyahoga County (Cleveland), OH.

Stagnate wages and excessive monetary policy via the Federal Reserve have contributed to an affordability crisis across the country. At least 34% of Americans, or approximately 100 million people, are in the renting economy, which has plunged homeownership rates to lows not seen since the 1960s.

Almost half of US workers between ages 18 to 64 are employed in low-wage jobs, a recent Brookings Institution report found. Low wage jobs represent between 33% to 66% of all jobs in more than 400 metropolitan areas across the country.

“The Greatest Economy Ever” could be a reality for the top 10% of Americans who are a majority of the asset owners and have benefited from the Fed pumping trillions of dollars into the financial markets over the last decade. Still, the middle class has been wiped out, now referred to as the bottom 90%, most of them have been left behind and can’t purchase a home in a majority of the country.

Something has to change in the early 2020s, or the extreme wealth inequality that is building up could lead to social unrest. We’re sure the Fed, government and financial elites have a plan to launch People’s Quantitative Easing to thwart riots.