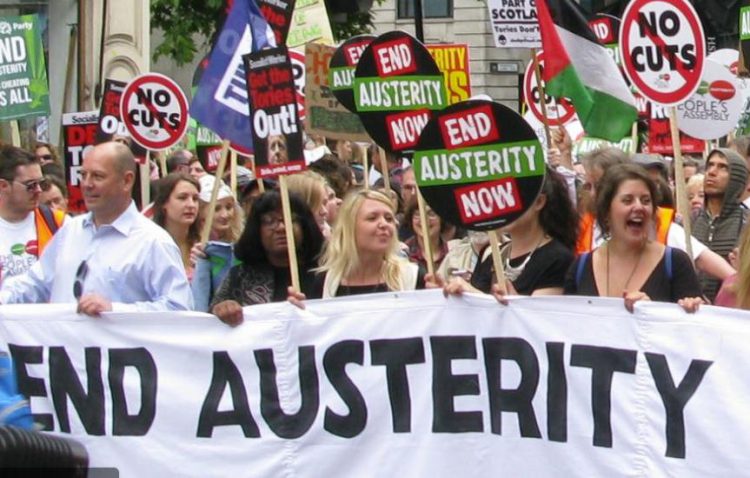 Rather than decry austerity, which demands an open political discussion of trade-offs, we should decry inflation’s stealthy reduction of purchasing power.

Austerity–bad. Inflation–good. Oh wait–they’re the same thing: both are a reduction in purchasing power. The only difference is a reduction via austerity is upfront while inflation is a stealth reduction, obfuscated by “official” distortions and Federal Reserve mumbo-jumbo.

But if inflation reduces the purchasing power of the $1,200 by 10%, nobody does anything but grumble that “prices keep rising while my income stays the same.” This is the classic boiled frog syndrome: inflation is like the heat being turned up so gradually that the poor frog doesn’t realize he’s about to expire.

Inflation is stealthy because the loss of purchasing power is difficult to monitor. Your $1,200 only buys what $1,080 bought in the recent past; 10% inflation reduced your income exactly the same as if austerity had subtracted the $120 upfront.

Governments and central banks love inflation because the theft goes unnoticed. The public tolerates inflation because it’s easy to passively accept this erosion in their standard of living and difficult to generate the political heat that an outright cut would spark.

Though it’s being openly engineered by the Federal Reserve, inflation appears to be a force nobody controls–unlike austerity which is so clearly a political decision. If Inflation robbed 10% of everyone’s income overnight, people might be roused from their passivity to protest.

But since the theft occurs slowly–what’s 1% a month?–and unevenly across a spectrum of goods and services, this theft doesn’t rouse the same political storm as upfront austerity.

Inflation is a form of sacrifice that few recognize as sacrifice. It seems like everyone’s income is eroded equally, but this isn’t true: the wealthy closest to the Fed’s money spigots are earning multiples of inflation from asset inflation, stock buybacks, etc. Inflation is a pinprick to the wealthy and a stilletto in the kidneys of the bottom 95%.

To the political Aristocracy, inflation is wonderful because they don’t need to ask anyone to sacrifice 10% of their income as they do with austerity; they just steal the 10% a dribble at a time and throw up their hands as if inflation is some mystery force completely beyond their control.

Ironically, austerity–an honest, upfront political decision and sacrifice–is decried, while the dishonest, stealth cut of inflation is passively accepted, even as the Federal Reserve has made a cloaked political decision to reduce the purchasing power of everyone’s income except for the New Nobility (the top 0.1%) that the Fed slavishly serves.

Rather than decry austerity, which demands an open political discussion of trade-offs, we should decry inflation’s stealthy reduction of purchasing power, a Fed policy that benefits the few at the expense of the many.

Here is the Chapwood Index of inflation, which carefully measures “apples to apples” costs of essential goods and services in each city: 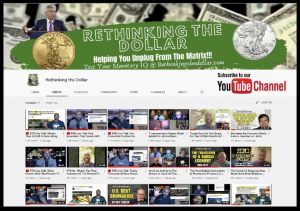