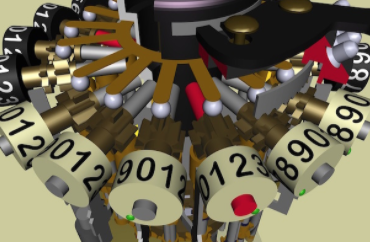 There’s a lot going for the Russian economy as 2020 kicks into its second month. Russia’s government reshuffle is seen as removing austerity constraints and speeding up the financing of Putin’s ambitious national development programs.

In his speech to the National Assembly, Putin signaled the end of austerity on social spending, Russia being the only country in the developed world, which is now seriously increasing social spending (among other things, increasing pensions double the rate of inflation and initiating massive child support programs) while everyone else is cutting.

We expect that the Central Bank will have to follow suit and end its financial austerity in order to finally slash – Russia’s globally record high – real interest rates in line with the rapidly sinking inflation. Russia’s manufacturing industries will continue to grow above global averages fueled by the national development programs and on the strength of the now maturing import substitution programs. With new gas pipelines opened end of 2019 to China and Turkey, Russia’s energy exports will stay strong no matter what happens in the global economy.

Because of the overall strong economy and the concurring huge reduction of influx of new young adults to the labor market due to the effects of the demographic crisis in the 1990’s, the labor market will be increasingly tight putting upwards pressure on wages, which will increase consumption.

Due to Russia’s globally by far lowest debt levels across the economy and strong government finances, the ruble should remain stable. Indeed, the ruble seems to have successfully decoupled from the dollar domination as it has shown remarkable strength through the financial upheavals and global tensions of the past few years.

This in turn, in addition to the weakening global economy, should keep inflation pressure in check, notwithstanding all the growth-boosting stuff on the domestic front. It is possible that emerging market currencies, and the ruble with them, would come under attack in connection with a potential global financial market hysteria (including a drop in oil price) connected with the coronavirus outbreak.

Even so, the fundamentals for the ruble are so strong, that it should recover soon again.

Russia’s expected to grow faster than the West

Potentially, this all could translate into 2-2.5% GDP growth or even 3% at best. But with all the global uncertainties there is no firm basis for making those forecasts.