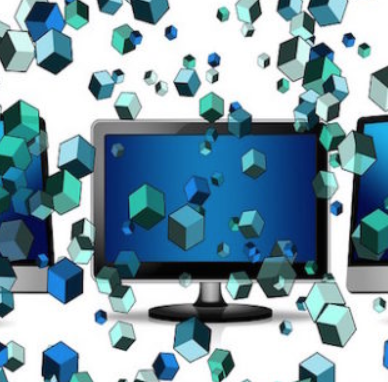 Many valid complaints were reported in a new Frontline film about corporate behemoth, Amazon.  Former employees claimed they were treated like robots.  Of course, complaints like that won’t be an issue in Amazon’s cashier less stores. Previous reports have indicated that Amazon aims to have 3,000 cashier less stores by 2021.

Amazon.com Inc. rolled out its checkout-free “Go” technology in a large grocery store and plans to license the cashierless system to other retailers.

Amazon Go Grocery opened in Seattle on Tuesday. It uses an array of cameras, shelf sensors and software to allow shoppers to pick up items as varied as organic produce and wine and walk out without stopping to pay or scan merchandise. Accounts are automatically charged through a smartphone app once shoppers leave the store.

The company has operated a string of Go-branded convenience stores since 2018 but improvements in camera technology and its use of algorithms have allowed it to build a 10,400-square-foot market, said Dilip Kumar, vice president of physical retail and technology at Amazon. That is about five times bigger than the largest existing Go store and Mr. Kumar said the technology could be deployed on an even larger scale.

Amazon hopes the grocery store will serve as a showcase for its technology as it seeks to sell its system to other businesses. The company has recently been in talks with potential partners and is targeting retail options including convenience stores and shops in airports and sports arenas, according to people familiar with the matter. Amazon has discussed multiple revenue models, including a fixed licensing fee or a revenue-sharing agreement, one of the people said.

Mr. Kumar declined to comment on how many Go Grocery stores are planned or plans for licensing.

The Go licensing plans are Amazon’s latest effort to partner with some of the same traditional retailers it has long disrupted, and who regard the e-commerce giant as a fierce competitor and threat. In recent years, Amazon has also signed deals with Rite Aid Corp. and Kohl’s Corp. to handle delivery pickups or returns that help drive foot traffic to their stores.

Amazon has considered offering to install and set up equipment to enable its cashierless technology and market it as a service, according to a person familiar with its plans.

Retailers could use the technology for a variety of purposes, including to track inventory or customer habits, that may stop short of having a full-scale cashierless store, said Joanne Joliet, a technology analyst with Gartner Inc.

But Amazon’s size and clout could scare off some potential partners, and concerns over how their data is safeguarded may make some hesitant, Ms. Joliet said. Amazon would likely have to promise to set up a firewall that prevents its other business units from accessing potential partner data for them to feel comfortable, she said.

Amazon operates 25 Go stores in Seattle, New York, Chicago and San Francisco, which range in size from about 450 square feet to 2,300 square feet. The Go Grocery in Seattle is about the size of typical urban grocery stores, which average between 5,000 to 15,000 square feet, according to research firm Kantar.

Amazon’s cashierless stores have inspired other retailers and tech startups to explore similar technology, including models that feature smart shopping carts. Some startups, such as Berkeley, Calif.-based Grabango Co., have signed deals with regional grocery chains, while others are working in sports arenas. In Europe, retail giant Tesco PLC has tested similar technology.

However, while cashierless stores have proved popular with customers, some retail analysts have questioned whether the cost of deploying the technology for a typically low-margin industry is worth it. Some cashierless tech suppliers say costs to set up and maintain the systems can easily reach into the millions.

Equipment prices continue to fall and Amazon’s software has grown more efficient, allowing the company to control costs, Mr. Kumar said. The Go team handled a “vast increase in complexity in the way shoppers interact with items” without a significant increase in costs, he added.

Andrew Lipsman, an e-commerce analyst with eMarketer, said Amazon’s Go stores are unlikely to be profitable at the moment, but the investment could pay off through licensing agreements or other means.

“Amazon has more leeway to run this business unprofitably because they’ve proven with other businesses that they can turn a profit long term,” Mr. Lipsman said.

In Amazon Go stores, when customers scan a phone app and pass through gates, the system recognizes them as they pick items and leave. They are sent a receipt shortly after through the app.

By Sebastian Herrera and Aaron Tilley