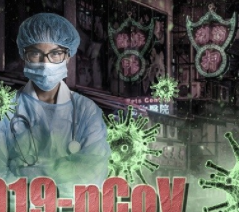 Alibaba is like the Amazon of China, and tough rules have just been put in place in a number of Chinese cities.

The coronavirus is fast spreading all over China with nothing that resembles a country whose government has got things under control. Certain International organizations are also making fake statements that things are under control in China when in reality just ask any doctor or health professional or any person on the street in any province.

Literally all 33,427 hospitals in China are overflowing with patients and medical supplies are running out everywhere, patients are being turned away and there is literally not much test kits for the coronavirus.

New epicenters have sprung up in cities like Zhejiang, Chongqing, Henan and Hunan. Zheqiang and Chongqing are now the worst hit with many cities in those provinces looking exactly like Wuhan now. Thousands are sick with the coronavirus and are in critical condition.

As of midnight on Tuesday, the government hurriedly closed and placed under lockdown even the Zhejiang cities of Taizhou, Ningbo, Wenzhou and also Hanzhou, home to tech giant Alibaba.

More than 24 million people will be affected just in Zhejiang alone, adding to tens of millions of people already affected by shutdowns in other cities.

Under new rules imposed in Zhejiang, only allow one person per household to go outside every two days to buy necessities, city officials said.

Alibaba’s US listing has been at record highs as recently as January 13th:

At a very minimum, as this drags on, it is likely to cause delays to many retailers here in the U.S, and we’re even starting to see that now.

Among multinational firms, there is “increasing unease that China is starting to become quite risky,’’ said Johan Gott, an independent consultant who specializes in political risks for businesses.

But it isn’t easy to completely abandon China, where specialized suppliers cluster in manufacturing centers and make it convenient for factories to obtain parts when they need them.

Basic Fun, a toy company based in Boca Raton, Florida, has sought suppliers in Vietnam and India with no luck yet. Its CEO, Jay Foreman, said he is hoping that the factories in China will resume production by early April, which he considers the best-case scenario. But he fears that any more delays could mean that the factories don’t start to ramp up production until after May 1.

The stakes are high. Basic Fun gets about 90% of its toys from China. And Foreman has been contending with the trade war and disruptive protests in Hong Kong.

The coronavirus, he said, is “just a continuation of sitting on the knife’s edge … sleeping on the bed of nails from tariffs to the riots in Hong Kong and the virus. We just can’t get a break.”