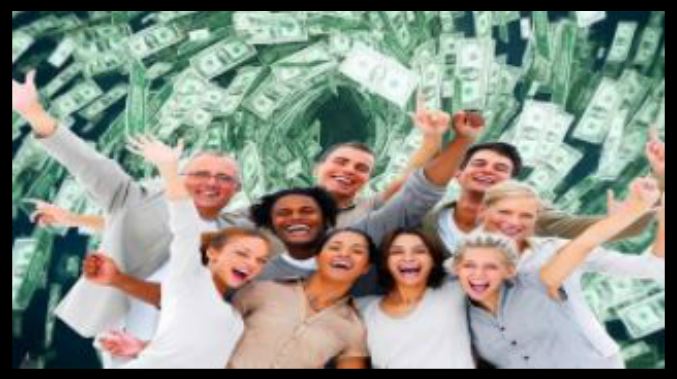 Since the turn of the millennium there have been two global bank credit crises: the first was the deflation of the dot-com bubble in 2001–2, and the second the 2008–9 financial crisis that wiped out Lehman Brothers. It was clear from these events that the debate over moral hazard was resolved in favour of supporting not just the banks, but big business and stock market valuations as well. Furthermore, America’s budget deficits were becoming a permanent fixture.

This brings us to the current situation, which increasingly appears to be on the edge of another cyclical crisis. If so, it marks the end of a period of far greater monetary and credit expansion than seen in previous cycles, coinciding with a Smoot-Hawley lookalike in the trade war between the two largest global economies.

The following big-picture factors are relevant to the likely timing for a credit crisis:

An extreme amount of monetary creation over the last ten years and the US-China trade war over the last two is horribly reminiscent of late 1929, when the combination of the end of the credit cycle and escalating trade protectionism combined to wreak financial destruction on a global scale.

Even if a halt to the trade war between the US and China is agreed in the coming weeks, the crisis has been triggered and our empirical evidence suggests it will get worse. It appears that common sense on trade policies is unlikely to prevail, because the conflict is far deeper than just trade, with the Hong Kong riots part of the overall picture.

The Chinese believe America has destabilised Hong Kong, and with good reason: the US Treasury has become dependent on receiving the lion’s share of international portfolio flows to support the dollar and finance the US budget deficit, and China’s own investment demands are a threat. With the dollar’s hegemony under attack and China seeking those same portfolio flows to invest in her own infrastructure projects through the Hong Kong Shanghai Connect link, Hong Kong had to be destabilised.

For this and other reasons, trade tariffs are only part of a wider financial war, which is increasingly likely to escalate further rather than abate. With his trade policies having backfired badly, President Trump is now under pressure with time running out before the election in a year’s time. He is threatened with impeachment by Congress over the Ukraine affair, and his popularity ahead of an election year remains subdued. He has even appealed to Jay Powell, chairman of the Fed, to introduce negative interest rates to boost the economy. Backing down over China is unlikely, because it would be a presidential policy failure.

Clearly, central banks will respond to the next credit crisis with an even greater expansion of money quantity than at the time of the Lehman crisis eleven years ago. The consequence of this monetary inflation seems certain to lead to an even greater rate of loss of purchasing power for fiat currencies than currently indicated by independent assessments of price inflation.

Monetary inflation is likely to be directed at resolving two broad problems: providing a safety net for the banks and big businesses, as well as funding rising government deficits. Therefore, the amount of quantitative easing, which will be central to satisfying these objectives, will soar.

The effect on markets will differ from being a rerun of the 1929–32 example in one key respect. Ninety years ago, the two major currencies, the dollar and sterling, were on a gold exchange standard, which meant that during the crisis asset and commodity prices were effectively measured in gold. Today, there is no gold backing and prices will be measured in expanding quantities of fiat currency.

Prices measured in fiat currencies will be determined ultimately by the course of monetary policy. But in real terms, the outlook is for a repeat of the conditions that afflicted markets and economies during and following the 1929 Wall Street crash. A further difference from the Depression years is that today Western governments have extensive legal obligations to provide their citizens with welfare, the cost of which is escalating in real terms. Add to this the cost of rising unemployment and a decline in tax revenue and we can see that government deficits and debts will increase rapidly even in a moderate recession.

This brings us to an additional problem, likely to be evident in a secondary phase of the credit crisis. As it becomes obvious that the purchasing power of fiat currencies is being undermined at a rate which is impossible to conceal through statistical methods, the discounted value of future money reflected in its time preference will rise irrespective of interest rate policy. Consequently, borrowers will be faced with rising interest rates to compensate for both increasing time preference and the additional loan risk faced by lending to different classes of borrowers.

Besides closing off virtually all debt financing for businesses and increasingly indebted consumers, this will play havoc with governments accustomed to borrowing at suppressed or even negative interest rates. Prices for existing bonds will collapse, and banks loaded up with government debt to benefit from Basel Committee on Banking Supervision regulations will find their slender capital, if they have any left, quickly eroded.

The world of fiat currencies faces no less than its last hurrah. Indeed, some of the more prescient central bankers appear concerned the current system is running out of road, with the dollar as the world’s reserve currency no longer fit for this purpose. They want to find a means of resetting everything, exploring solutions such as digitising currency through blockchains, doing away with cash, and finding other avenues to try to control the so-called vagaries of free markets.

None of them will work, because even a new form of money will require inflation to rescue government finances and prevent financial and economic failure. The accelerating pace of monetary creation to address these problems will remain the one problem central to the failure of a system of credit and monetary creation: the impossibility of resolving the debt trap that has ensnared us all.

Just as Germany found in 1923, monetary inflation as a means of funding government and other economic liabilities is a process that rapidly gets out of its control. Eventually, people understand the debasement fraud and begin to dispose of the fiat currency as rapidly as possible. It then has no value.

The ending of the fiat currency regime is bound to terminate the repeating cycles of bank credit legitimised since 1844. The socialism of money through inflationary debasement will be exposed as a massive fraud perpetrated on ordinary people.

by Alasdair Macleod via Mises