A Minsky Moment is coming for gold 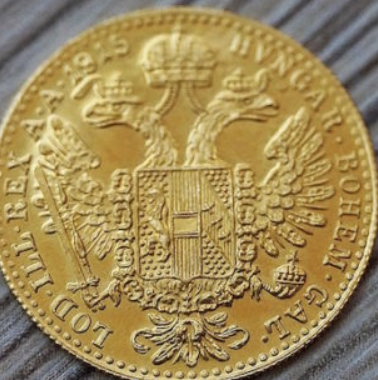 “Minsky Moment” refers to the idea that periods of bullish speculation will eventually lead to a crisis, wherein a sudden decline in optimism causes a spectacular market crash.

Named after economist Hyman Minsky, the theory centers around the inherent instability of stock markets, especially bull markets such as the current one that has been in place for over a decade.

As Investopedia defines it, “A Minsky Moment crisis follows a prolonged period of bullish speculation, which is also associated with high amounts of debt taken on by both retail and institutional investors.”

The Levy Economics Institute of Bard College describes his seminal theory as follows:

“Minsky held that, over a prolonged period of prosperity, investors take on more and more risk, until lending exceeds what borrowers can pay off from their incoming revenues. When overindebted investors are forced to sell even their less-speculative positions to make good on their loans, markets spiral lower and create a severe demand for cash — an event that has come to be known as a ‘Minsky moment.”

There are five stages in Minsky’s model of the credit cycle:

Two examples of Minsky Moments are the Asian Debt Crisis of 1997, blamed on speculators who put so much pressure on dollar-pegged Asian currencies that they eventually collapsed; and the 2008 financial crisis, which started with the failure of the government to regulate the financial industry, including the US Federal Reserve’s inability to curb toxic mortgage lending, triggering a wave of mortgage defaults and margin calls – as billions in assets were sold to cover debts.

Is the current US stock market, and global economy, approaching a Minsky Moment that pops it? If so, safe-haven assets like gold and silver will surely go ballistic, hence the title of today’s article, ‘A Minsky Moment is coming for gold.’

Let’s take a look at where we are in Minsky’s model of the credit cycle.

US economy – fake and real

Yet you wouldn’t know there’s anything wrong, judging from the US economy. Unemployment is at its lowest in 50 years, wages last year grew by 3.1%, on average, and stock markets keep rolling along.

Although US stocks dropped Tuesday and Apple’s shares took a 2% hit owing to coronavirus-related production problems, the Dow, S&P 500 and Nasdaq are all up significantly, year to date.

Turns out much of this is “fake news”. Marketwatch reported US companies cut back on investment last year, due to reduced exports and disruptions to the global economy from the US-China trade war. For example, spending on new equipment, offices, software etc. rose just 1.3% in 2019 – well short of the 6.4% and 4.4% of 2017 and 2018. While business investment excluding housing is predicted by America’s biggest banks to double this year to 2.4%, that will be offset by an expected 0.5% slowdown in consumer spending.

High US stock market performance is masking another economic indicator, that has fallen to its lowest level since 2016 – the purchasing managers index.

The IHS Markit PMI in January fell to a three-month low – from 52.4 in December to 51.7 – barely holding above 50; any reading below 50 indicates poor economic conditions. Firms noted a slower improvement in operating conditions and slack domestic and foreign demand from clients.